Snapchat is currently doing beta tests on their new feature called “Status” in “Snap maps”. This new feature will let the users check into various places they visit and also let their friends know as to what they are up to.

In addition, to check in to the places, users will also be able to make use of the Bitmoji for representing their activities. For example, as follows.

Snapchat will also present a feature by the name “passport” that will let users create a list of the places that they have visited so far.

Previously Snapchat’s Snap map came up with a nifty trick to pull out random Bitmoiji for representing the day of the time and the activity that the user was doing at the moment. However, soon with the above stated new features, your friends will now be able to see exactly what you are doing.

A spokesperson of Snapchat told tech media that Snapchat is currently performing testing on these new features and they have selected beat users in some parts of Australia.

In order to sue the feature, the user will have to open their Snap maps and select that Status button located in the left bottom corner of the app’s main apogee. From there on, the user will be able to either select the place they are visiting or they can simply type in a new place.

In addition to that, users will also be provided the option to choose from different Bitmoiji in accordance with the activities users are performing at the moment. They can be like the following.

After the user has selected the location, then the Bitmoji will preview users’ Status to their friends with Bitmoji performing a certain activity.

The status will only last until the user leaves the place along with an option to delete it manually. As for the location, it will be added in the private list named as “passport”. The location can also be deleted from the Passport as well.

If the user does not wish to share their location, they can enable the “Ghost Mode” which will make it so that no one will be able to see it. 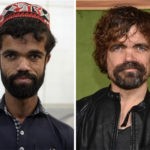 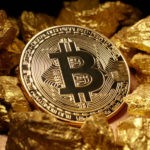