The camera of Snapchat is about to become a lot smarter than it was before.

Snapchat announced the news about releasing a new feature in its camera. The new camera will be able to not only find GIFs but also help users with their math homework by solving complex math equations. This new feature of Snapchat has announced at the company’s first-ever Partner Summit held on April 5th in Los Angeles.

As a part of the major rebranding of its camera-based search abilities, Snapchat is now referring to the camera for a term “Scan” which will be included for their existing Shazam as well as their Amazon Shopping.

Other features which were introduced by Snapchat in this event are as follows.

Although these new features mark an advancement in the camera of Snapchat, it still like many other features before the technology is somewhat hidden. In order to use it, the user must press and then hold on camera to activate the search feature.

Snapchat has also introduced some other updates which are curated especially for designers who design the AR Lenses. The new update is Snap’s Lens studio Software. With this studio update, design creators will now be able to design the “landmarkers”. This is a new type of lens that will be activated at certain landmarks such as the Buckingham Palace or the U.S. Capitol Building. 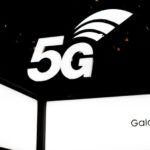 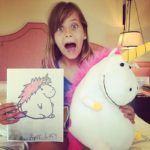