SpaceX was conducting a test flight for their new Crew Dragon in Florida, USA when it met with an anomaly. The test which was being conducted on the ground, after the accident, released a massive column of smoke into the air which was actually rising from the thrusters of the SpaceX spacecraft.

The smoke attracted the attention of a lot of visitors over the opposite side of the beach. The Crew Dragon was looking for a flight with the astronauts aboard later this year. As for now, in the light of this new anomaly, it is uncertain as to if their flight will be delayed or not.

The smoke could be seen miles away from the SpaceX Crew Dragon ground tests which were being carried out at the Cape Canaveral.

A spokesperson of the SpaceX told media, “Earlier today, SpaceX conducted a series of engine tests on a Crew Dragon test vehicle on our test stand at Landing Zone 1 in Cape Canaveral, Florida. The initial tests completed successfully but the final test resulted in an anomaly on the test stand.”

Images that have been released from Cape Canaveral clearly show the massive column of smoke to be rising above the local beaches and into the sky. The ground test anomaly caused on the Crew Dragon was caused on its engine test.

To be more specific, it happened on the spacecraft’s “SuperDraco” engines. These engines are the one that will be able to provide the astronauts the necessary power for getting to the safe place during their aborted launch.

Although smoke and fie could be visibly seen, the anomaly of the accident was also visible on the radar.

Jim Bridenstine, the NASA administrator has also shred a statement to the public over his tweet on Twitter. 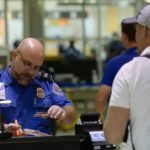 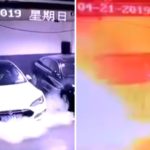