On the Easter Sunday, the island Nation of South East Asia; Sri Lanka suffered from one of the worst coordinated bombing attack in its history since the civil war. The attack was planned on three churches as well as three luxury hotels in Sri Lanka in a coordinated attack on the early hours of Sunday.

Following this terrorist attack, the country has cut off their access to social media in the country. The bombing attack left nearly 200 people dead and more than 450 injured in its wake.

Harindra Dassanayake, the advisor of the Sri Lankan president told the media that this was a unilateral decision by the higher-ups. He explained that the move was made as the officials were worried that the violence in the country can further escalate by the spread of misinformation and the hate speech.

This restriction of the intent access in the country is not the first time it has been imposed. Back in 2018, there were hate speeches and viral posts posted over Facebook in Sri Lanka which called for violent attacks on the Muslim Communities in the country thus causing mass riots. The government at that time also restricted access to social media.

According to news from media sources, Facebook did not respond to the Sri Lankan government’s requests for better content moderation and thus was forced to cut off the social network completely.

Many other countries of the world also have to deal with the misinformation’s that go viral and then they are forced to such measures as well. India, back in 2012, also restricted the access of Facebook following many riots. Similarly, in 2019, Whatsapp was also linked to multiple attacks in India.

Sri Lankan government is yet to announce the time when they will restore access to these social media sites. 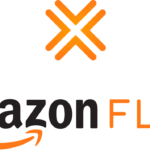 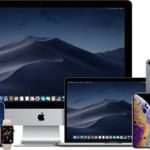