Scarecrows are definitely creepy not only in appearance but also the idea behind them representing dying of land and the harvesting season. In addition to that, scarecrows have been the focus of many horror stories throughout Europe, Asia and USA in the past. Some of these strange but bizarre cases related to scarecrows are as follows.

Swinging In the Breeze

In 1916, Albert Engel made a bizarre but lifelike scarecrow on is field that was hanging from a tree branch with rope around his neck. Impressed neighbors went to congratulate on his new scarecrow but did not found Albert. Few days later another one of his neighbors decided to inspect the scarecrow and realized that the scarecrow was actually Albert himself hanging with his face covered. Police ruled this incident as a suicide by Albert.

In 1953, while clearing out field form dried leaves some worker took out an old scarecrow from the piles of rubbish and tossed it on to burring piles of dried leaves. After a while one of the workers saw the bones being burnt in the piles and all of them were stunned. They returned to place where they found the scarecrow and found few teeth and a broken skull. Police arrived and confirmed the remains to be of a man named Ethel Winifred who was missing for past few months.

A woman named Mary hated her neighbor Luigi so much that one day when she saw his scarecrow hanging in the field she totally went nuts. She considered the scarecrow to be Luigi and in her hatred brought it home and with an axe brained it, beheaded it and tore it from limb to limb. Mary was arrested but judge freed her as it was actually a bloodless murder.

Nearly an Entire Regiment Lured To Their Death

During World War 1, a French army regiment was facing the threat from the oncoming German Baden regiment. They knew of their helplessness but they devised a devious scheme. They made scarecrows and hang them in the field with French army men caps on top of it. Due to fog, German army considered it to be French and charged head on to these scarecrows. Falling for the trap, French from their hiding spots laid siege on Germans and killed almost 1000 German soldiers in this ambush.

An Offering to the Waters

This is actually not a murder story like the many above. In 1903 B.C. Rodgers and is wife while travelling passed from a river. They saw a boy and a woman near the river bank. To their horror, the boy picked up the woman and threw it in river. Horrified, Roger went on to look for woman but did not found trace of her. He investigated it with two other men f nearby village but all was in vain. Upon further investigation he met a farmer who told him that he gave his grandson an old scarecrow to throw in river that day.

A Stone’s Throw Away

In 1908, few boys on a reservoir located in Beaufort, Victoria were playing and throwing stones in water and were actually targeting something that they believed to be a scarecrow. After two hours one of them decided to inspect this scarecrow and to the horrors of all the boys it was actually the dead body of a retired engineer named John Cuthbertson.

Weird Things Nintendo Sold Before They Made Video Games 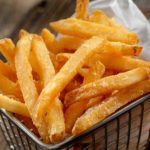