It’s nice when the first minutes of acquaintance with a city or country start with incredible impressions from the airport. It’s the airport that sets the mood for further travel and is the distinctive feature of each city.

We have collected a few incredible air harbors that can amaze even the most sophisticated travelers.

So scroll down to look at some of the Stunning airports of the world where you would love to stay at forever.

The new Ashgabat airport, designed as a hovering falcon, became not only a new landmark of the country but also entered the Guinness World Records for the world’s largest ornaments image on the roof of the main passenger terminal building.

The airport, which looks like a floating ship, is located between Abu Dhabi and Dubai. It fits perfectly into the atmosphere of these luxurious cities.

Lyon Airport is named after Antoine de Saint-Exupéry, a world-famous French writer, a native of this city, and a professional pilot.

One of the largest airports in the world, annually (since 2005) recognized as the best airport worldwide according to the Airports Council International.

Located in the coastal valley on the east coast of the Pearl River Delta region, this is the only international airport in China connected to seaports for both passenger and cargo traffic.

The airport is named after John Foster Dulles, a U.S. Secretary of State in the administration of Dwight D. Eisenhower. Dulles Airport is one of three airports serving Washington and the busiest of them.

This airport is an abstract symbol of flight. The building is considered one of the most original airport buildings in the world. Inside, it’s even more unusual than outside: there are no clear sides and walls, and everything seems to flow from one to another, symbolizing constant movement.

The airport is built on an artificial island. To connect it to the land, the Sky Gate Bridge R was erected. Its length is 3.75 kilometers (12,303 ft), which puts this bridge on the list of the longest double-deck bridges in the world. Kansai is rightfully considered one of the engineering wonders of the 20th century.

Tricks which restaurants use to make guests spend more money 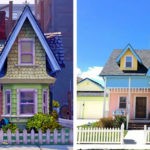 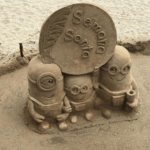