In Switzerland, a drone delivery program was given suspension for an indefinite period of time after one of their drones crashed only 50 yards away from a group of children. According to the local media, the drone weighing 10 kg whilst carrying a cargo of 2 kg suddenly encountered some technical problems mid-flight in the city of Zurich back in May.

Despite the drone being equipped with a safety parachute, it accidentally also cut the connecting cord in between the emergency landing which resulted in an uncontrolled crash that might have been really disastrous. Fortunately, no one was injured in this bizarre accident.

This incident occurred in between the time when multiple regulators were easing up on the flight restrictions for the commercial drone delivery programs. Wing, a company of Google has been given approvals for making drone deliveries in selected parts of the US and Australia.

New rules are being placed by the FAA that will soon allow the drones to make deliveries in the crowded areas and at night time.

This was the 2nd drone crash by the Swiss drone delivery company known as Swiss Post, this year alone.

The first incident was in January this year when a drone of the company operated by a US drone startup named Matternet, which was working in collaboration with Swiss Post; came up with a GPS malfunction that caused the drone to make an emergency landing. In that particular incident, the drone was able to safely land after deploying its emergency parachute.

As for the crash that occurred in May this year, the company is still not clear as to what caused it. they made the speculation that the wind was to be partially blamed for it.

In light o this recent drone crash, Swiss Post has asked Matternet to make few changes in the safety features of their drones. Now they want each drone to have a parachute that is connected with not one but two ropes. They also need these ropes to be reinforced with the help of metal braiding along with making the emergency landing whistle sound to be louder than it was before.

The Swiss drone delivery program has been operating in Switzerland since the year 2017. Since that time, it has been used for the delivery of lab samples like the blood tests flown in-between hospitals, labs, and clinics. Before the suspension, this service was operating in 3 Swiss cities and had made nearly 3000 successful flights until the January incident.

How to guide on making text reading easier on the web, Android, and iOS

Wearable ACs from Sony will come a year too late 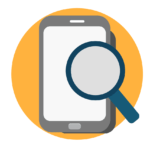 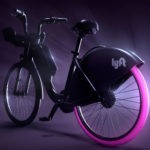