They say that every tattoo has a meaning behind it. It can be a reminder of a friend, parents or hobbies.  It can also be about someone’s personality. When it comes to the meaning about the tattoos Hollywood stars are also no exception. However, the meaning of some of these tattoos is unclear until you give your full attention to see them.

Today we have gathered the meaning behind some of the Hollywood celebrity tattoos.

So scroll down to see the tattoos of the Hollywood celebrities and the stories behind them.

She as several tattoos inked on her body of the things she holds dear. On her arm right below her shoulder socket, she has a socket that reveals the coordinates about the places of the people who are important in her life.

Miley is one of those stars who are not afraid to show their love for many things in their life. She has a tattoo for everything from hobbies to pets and from family to friends. The tattoo on her elbow is for the image of her pet Pit Bull.

The tattoo of word Love on her ear is symbolism for her wish to only hear good things.

According to Lady Gaga herself, the tattoo of a mouse on her arm is a dedication to her little sister Natalli who she used to call Muse when they were children.

The tattoo on the actress’ back is from the line of Shakespeare’s play “The Tragedy of King Lear” the tattoo is a reminder to herself to always be grounded even if she now stars in Hollywood movies.

Paul Walker died back in 2013 and to remember his friend forever, Vin Diesel got a huge tattoo of eyes and wings to which every Paul Walker fan is familiar with. 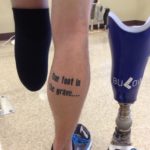 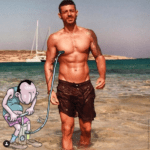