The IFA (Internationale Funkausstellung Berlin) event which is held in Berlin is the wondrous display of the technology and what it can do for the people of the world. IFA presents it all, whether they are a smartphone or the humongous TVs or even the intelligent stoves. The IFA is such a big event that the visitors often regret that they are not able to see through all of the displays that are laid down in its massive halls.

The IFA event this year has been a little different because of Samsung re-launching their first-ever foldable smartphone, Huawei still keeping its mum over their new smartphones and iPhone threatening to take over all the glory of IFA as it plans to release their own set of new phones at the Apple event which will start 1 day after the IFA closes down.

Still, a lot of great techs made their way to IFA this year and for our readers, who could not simply attend this one of a  kind event, we present to you a few of the coolest gadgets from IFA (Internationale Funkausstellung Berlin) 2019.

Well, the first major display at the IFA this year was none other than Samsung’s Galaxy Fold., well, this is not a new smartphone as it had been released back in April but the new upgrades make the phone less prone to breakage. The IFA 2019 is the only event this year where the Samsung allowed for a larger audience to actually touch and use this device along with giving the launch date. The Samsung Galaxy Fold is due for launch in Europe on September 18th while in the US it will launch in the few coming weeks after that.

The price tag of the phone is 1980 dollars which is really high but it is still one of the highly desired gadgets to emerge this year.

The smartphone division of LG company has been struggling for the past few years and the one major flaw that had hindered their performance is the battery life which sir quite weak. While a lot of testing is required by the consumers, the rumors are that the new LG G8X ThinQ is exceptionally better in that regard due to it having the 4000 mAh battery.

In addition to this, the phone also comes with a secondary screen which has the detachable option.

The third item on the list is also a smartphone from Motorola. The name of the phone is Motorola One Zoom which is a mid-range and stylish smartphone which comes with a rear quadruple-camera array.

While the specs of this smartphone might not be comparable to Samsung or Huawei, the price is just about right at 450 dollars.

Next up is the LG OLED 8K TV which is not a new item on this event as it had also been released back in January this year at the CES 2019. But the LG OLED 8K has been brought to IFA this year simply to jog the temporary of the consumers as to how great this product is if they want to buy it a price of 42000 dollars.

The TV features a crispy image, a barely noticeable bezel, and an amazing dynamic range. While there might not be that much 8K content available right now, it is still one of the best TVs out in the market for watching such content.

Although the Huawei FreeBuds 3 are inarguably the knock-off the AirPods from Apple, in fact, the copy technique has been carried down to the connectivity enhancing chip named Kirin A1 but it is presented in Huawei’s typical style

. Huawei has actually added in a lot of other cool techs inside these air buds such as the active noise cancellation. This feature alone makes the Huawei’s FreeBuds 3 a better competitor to the AirPods.

The busiest of all the vendors at the IFA this year was Garmin as the company even many days prior to the IFA announced their flagship product Garmin Fenix 6, the new series of the sports watches.  In addition to these watches, Garmin also announced their new line of devices which they named as Venu.

Venu are also sports watches but they are actually more a lifestyle product. Features of the Garmin Venue include the AMOLED display, which is first from Garmin and the 5 days battery life.

Sony, in order to commemorate their 40th anniversary this year, launched the NW-A100TPS Walkman, which is actually more a gimmick than being the traditional walkman. The cassette on the walkman is a fake and is actually a mere video display on the walkman’s 3.6 inches display. Did you think that Sony would really be launching a cassette player in this age of technology did you?

NW-A100TPS Walkman is a standard digital audio player which comes with 16 GB storage capacity at a battery life of 26 hours and also provides for wirelesses streaming support for playing music. The product is not at all cheap at a massive price tag of 490 dollars but hey, if you want to be retro-cool, this is the price you have to pay.

You guys might not have known that Adidas also made headphones. Well technically speaking it is their other company known as Zound which is renowned for their collaboration with a brand like Marshall.

These headphones are really workout friendly and are a mix of the cool design which features knitted ear cups as well as rubber headband which are removable for washing. The sound of these headphones is decent too and the price of 169 dollars is not that much high. 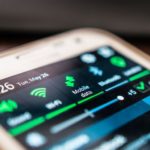 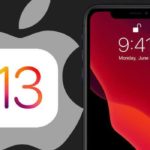