One of the latest things introduced by Asus at the CES 2020 is the Asus ROG Chakram mouse; a branded mouse for gamers that had been announced last year.

This year it will finally be at the hands of many gamers and it will be offering many amazing features. The Asus ROG Chakram has been designed by keeping in mind things like the flexibility to use and customizability. All in all, it will be a mouse that any computer person can make use of easily.

One of the coolest additions and the feature of the Asus ROG Chakram mouse is its ting analog stick which is protruding from beside its thumb buttons. This analog stick is going to act as an analog controller which will be used in a similar fashion as the Hat switch that was once used on joysticks. This analog stick of Asus ROG Chakram mouse can be used to work as a 4-way directional input that will be helpful or gamers to select the weapons in the shooting games just like a gamer does on the D-pad or the controller.

The Asus ROG Chakram mouse also comes with a wireless charging feature but it will still also be chargeable with the phone charger that everyone has on their computer table. This wireless Asus ROG Chakram mouse will also have support for RF or Bluetooth and can also be plugged into the USB-C port. As per Asus, once fully charged, the battery lasts for about 79 hours.

The mouse also has a dedicated button on its bottom side which when depressed for a little while allows the user to change the sensitivity of the scroll wheel. As for further customization, it features the magnetic portions for its shell which are all removable. Under these hells when can swap the Omron switches for altering the main buttons of the mouse or also to insert a design of any other type over the custom logo of ROG. 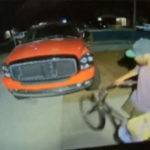 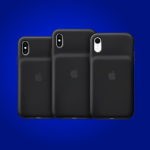