Office printers are those huge bulky machines that have become a staple for the workplace nearly everywhere around the globe. Despite these machines presenting numerous problems in the form of the toner problems and the printer jams are a must for every office nowadays.

Last week, a team of security researchers presented their findings at the hacking convention of the DEF Con held in Las Vegas. There these researchers revealed that not only are these printers a major hassle at a workplace, they also turned out to be a major cybersecurity issue.

2 researchers at the NCC Group named Mario Rivas Vivar and Daniel Romero Pérez announced the news about the massive vulnerability of the printers of the famed brands like the Xerox, Lexmark, HP, Kyocera, Ricoh, and Brother.

One spokesperson of the NCC Group shared the news of the potential cybersecurity flaw of the printers to tech media in following email statement,

“These flaws could be used by criminals as to gain long-term backdoor access into companies for possibly years on end, allowing them to come and go as they please, undetected, and stealing sensitive data. What’s more, criminals can spy on every print job and even send documents being printed to themselves or other unauthorized third parties.”

Reading this statement and considering the fact that the type of data that requires a hard copy is an important one and it is now at potential risk.

This news comes following the incident from back in April whom a hacking team of Russians managed to exploit the default and the unchanged passwords of a company’s office printers to gain access to the company’s highly sensitive and corporate information.

Fortunately, Vivar and Pérez have managed to get in touch with 6 of the major printer manufacturers mentioned above and some of the most crucial issues have been dealt with. Still, these researchers were able to reach these companies after months of efforts.

These researchers stated in their presentation, “We stopped searching after a few vulnerabilities. There are probably more.” 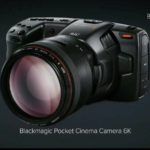 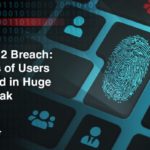