For our readers today we present to you some of the uncommon facts about life of Napoleon Bonaparte that you might not know.

Napoleon was probably around 5’6”, the average height for a Frenchman in the early 1800s, but members of his Imperial Guard were taller so he appeared short in comparison. His English detractors embellished on his height by making him appear diminutive. Added to the visuals were rumors that he sought power to compensate for his height, also known as the “Napoleon complex.”

Supposedly, the priest Vignali removed some of Napoleon’s organs after his death and may have also taken his penis. The ruler’s penis was handed down through the Vignali family, as one does, and ended up being sold to a British book firm in 1916.John K. Lattimer, former chairman of urology at the Columbia University College of Physicians and Surgeons, purchased Napoleon’s penis at auction in 1977. It was described as a “shriveled seahorse” (hey, it’s cold in the afterlife) and sold for $3,000.

Napoleon Helped Solidify Driving on the Right Side of the Road

He Was Once Beaten by a Chess-Playing Automaton

In 1809, Napoleon played against the machine. Cosmo Magazine best describes the match: “As usual, the Turk was soon in a commanding position. The Emperor attempted an illegal move. The Turk replaced the piece on to its proper square. Napoleon tried another illegal move. This time, the Turk removed the offending piece from the board entirely. Amused by this, Napoleon attempted a third illegal move. The Turk swept his arm across the board, knocking over all of the pieces – to Napoleon’s delight.”It was later discovered that a master chess player was hidden inside the cabinet and the invention was deemed a hoax.

The Last Word He Uttered Was “Joséphine”

After he divorced Joséphine, Napoleon’s reign took a turn when his invasion of Russia was a flop. In turn, Russia and Britain marched on Paris and imprisoned the emperor. Joséphine, who never stopped being devoted to her ex-husband, was devastated by his capture and imprisonment. She became sickly and died soon after. Napoleon was exiled and became a former shadow of himself. As he lay dying, he was reported to have said, “Joséphine.”

Napoleon Came from a “Backwater” Province

Napoleon’s story is definitely a sort of rags to riches tale. He was born in Corsica, a decidedly “backwater” province, and was mocked for it all of his life. His father was determined to see his son excel and put Napoleon and his other son through university in mainland France.Napoleon became an officer in the French army and might have merely stayed there. The French Revolution provided an opportunity for him to step up in the world. Through wits, social positioning, brilliant military strategy, and patronage, Napoleon was able to ride his ambition to prominence. He seized power in a coup in 1799 and made himself emperor in 1804. He expanded France’s domain across Europe from the Elbe through southern Italy, and from the Pyrenees to the Dalmatian Coast.

He began the fictional work at the age of 26, just before he met Joséphine. Clisson et Eugénie appears to be loosely based on his own life and experiences. His main character, Clisson, is a brilliant soldier who has a tumultuous and tragic relationship with Bernardine Eugénie Désirée Clary. 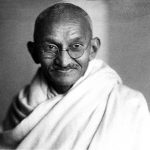 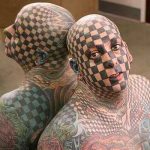