The Berlin Wall was one of the most defining symbols of the Cold War. The Soviet Union and East Germany called it Die anti-Faschistischer Schutzwall (“Anti-fascist Protective Wall”). According to them, the wall was necessary to stop Western spies from sneaking into East Berlin. At the same time, it would stop West Berliners from traveling into East Berlin to buy the cheaper, subsidized goods intended for East Berliners.

President Kennedy supported the wall when he realized that no war was coming. He stated that the wall was “a hell of a lot better than a war.”

It Did Not Separate East and West Germany

It Was Actually Two Walls

Berlin Wall was not one wall but two parallel walls 100 meters (328 ft) apart. However, the one we think of as the Berlin Wall is closest to East Berlin. Work started on the first wall on August 13, 1961, while the second wall followed a year later. Between the two walls was the no man’s land, which was called the “death strip.”

A Church Stood Between the Two Walls

Inside the death strip, East German and Soviet authorities destroyed all buildings except for the ironically named Church of Reconciliation. However, the congregation could not worship in the building because it was inside a restricted area.

After the partitioning of Germany, the Tannbach River running through Modlareuth village in today’s Bavaria and Thuringia, Germany, was used as the border between the US- and Soviet-controlled zones. When the Inner German Border was built, it sliced through the village, dividing it between the two countries.

Initially, villagers did not understand the consequence of this because they could freely cross the border to visit family members in the other country. A wooden fence erected in 1952 partially restricted this freedom. Then, in 1966, this freedom was permanently restricted when the fence was replaced with 3-meter-tall (10 ft) cement slabs—the same type used to separate Berlin.

The wall made it impossible for villagers to move between the two countries, effectively cutting off families. In the West, the village was called “Little Berlin” because the wall was reminiscent of the way that the Berlin Wall had separated neighbors and families in Berlin.

Margaret Thatcher and Francois Mitterrand Wanted the Wall to Remain

Initially, UK Prime Minister Margaret Thatcher and French President Francois Mitterrand did not support the destruction of the Berlin Wall and the reunification of Germany. Thatcher was the more publicly vocal of the two. When talks about reunification were in high gear, she said, “We beat the Germans twice, and now they’re back.”

Tales from the Production of the Original ‘Star Wars’

Things You Ought To Know

Most hilarious and creative windshield notes ever 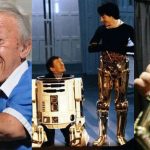 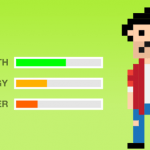