These are some of the most interesting facts handpicked from “the Book of the Common Ignorance” written by John Lloyd, and forwarded by English broadcaster and entertainer, Stephen Fry.

How many wives did Henry VIII have?

The answer? Two, not six. Henry’s fourth marriage to Anne was annulled, as the marriage was never consummated, in other words it was seen to that the marriage technically never took place, also Anne happened to be betrothed to Francis, Duke of Lorraine. At the time ‘betrothal’ would bar the individual from marriage. So that leaves 5 wives. Henry’s second marriage to Anne Boleyn was declared illegal by the pope, because the king was still married to his first wife, Catherine of Aragon. Henry, as the head of the church of England, declared himself that his first marriage was invalid on the grounds that a man cannot sleep with his brother’s widow. He did the same with his fifth wife, Catherine Howard, bringing us down to two wives.

The elephant? The blue whale? The T-Rex? No. The largest ever living organism is a mushroom. And not even a particularly rare one. The Armillaria ostoyae or ‘Honey fungus’ is very common, and is probably in your garden as we speak. However, let’s hope it doesn’t grow as large as the largest ever recorded specimen, in Malheur National forest, in Oregon. It covers 2,200 acres (890 hectares)!! And is between 2,000 and 8,000 years old!! The majority of the organism is under ground, in the form of a massive mat of tentacle-like mycelia (the mushroom’s equivalent of roots). The giant honey fungus was originally thought to grow in different clusters around the forest, but researches have confirmed it is in fact one very, very large single organism!

Number of the Beast

What is the number of the Devil?

616. For 2000 years, 666 has been the number of the dreaded anti-Christ. An unlucky number for many, even the European parliament leaves seat number 666 vacant. The number is from the book of Revelation, the last book of the Christian Bible. However, in 2005, a translation of the very earliest known copy of the book of revelation clearly shows it to be 616, not 666! The 1,700 year old copy was recovered from the city of Oxyrhynchus, in Egypt, and deciphered by a palaeographical research team from the University Of Birmingham, UK. The team was led by Professor David Parker.

What shape did medieval people believe the earth was?

Wrong again. Since around the fourth century BC, almost no-one, anywhere has believed the earth to be flat. This misconception that people where ignorant of the shape of the earth comes from the partially fictional text ‘The Life And Voyages Of Christopher Columbus’ (1828), which incorrectly stated that Columbus set out to prove the earth was round. Truth is, nobody would have disputed the theory. Evidence shows that almost all cultures of the world worked out, through mathematics or just observation, the spherical nature of the earth.

Where is the driest place on earth?

The Sahara desert? Nevada? Actually, it’s Antarctica. Some parts of the continent hasn’t seen any rain for two million years! A desert is technically defined as an area of land that receives less than 254mm (10 inches) of rain a year. The Sahara gets 25 mm, Antarctica gets around the same amount, but some areas of Antarctica never get rain, and haven’t for millennia. Making Antarctica the driest place on earth. Also, Antarctica can claim to be the windiest place on earth, with wind speeds of up to 200mph, the fastest ever recorded.

Motivational Books You Must Read in 2018 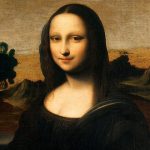 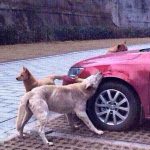