A catch for obtaining the Fortnite tournament-exclusive skin:-

However, there is a catch of obtaining the tournament-exclusive skin. Only those players who are on Oceania or Asia Servers will be able to compete for this prize skin. If a person holds this title and has the account level which is 15 or higher, then they would be able to compete in the “Summer Smash Cup” which will be taking place on 1t and 2nd February 2020 from the 7 PM AEDT to 10 PM AEDT (3 AM ET to 6 AM ET).

Such players will be able to compete in 10 matches every day for earning the in-game points in order to survive the Battle Royale match for as long as they can and earn eliminations. The entire rule for the Fortnite Summer Smash Cup tournament can be read here.

If a player earns enough of the points for being in the Top 10 percent of all the tournament participating players during this upcoming Summer Smash Cup, they will be able to win the tournament-exclusive Komplex Skin which can be seen in the picture below.

For those who are not on OCE or the Asia Servers:-

If anyone of you is not on the OCE or the Asia Servers, you can still participate in the tournament by switching to these servers manually from the settings menu of the game. However, do this on your own risk because depending upon the distance from those regions, there might be significant lag. As for the stand of Epic on whether the players of other regions will have a chance of earning or buying these tournament-exclusive skins in the future, they have not said anything. 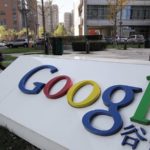