The newest update for the iOS from Apple is not a full-fledge one as it comes with lots of bugs which range from minor to quite serious ones. The problem is so drastic that Apple itself is moving forward with the release of the iOS 13.1 to help with these bugs. This problem is particularly serious for the avid fans of the touch-based mobile shooter games like Fortnite and the PUBG Mobile as they won’t be able to play these games until the iOS 13.1 is released properly.

Both of these games rely heavily on the multiple and the simultaneous touch abed inputs for controlling the in-game characters. The issue with these multiple-input control is that the Three-finger press feature in the new iOS 13 was introduced to help with the editing of the text to Granular style.

After the official version of the iOS 13 was released on September 19th, players of both these games have been complaining heavily that this new texting feature is actually making the games unplayable. Both PUBG Mobile and Fortnite depend heavily on the third-party perspective along with the involvement of two fingers on a screen for movement of character as well as to control the camera whereas the 3rd finger is placed on the screen for functions like taking aims and performing other functions of the game. This 3-finger control method is called the Claw Grip or simply as the Claw.

However, if an iPhone is updated to iOS 13 and a person performs the Claw feature on these two games, the text editing bar pops up. These Battle Royal Games are actually one-life-per-found ones where players cannot afford to miss the menu in between the heat of the battle.

Epic Games, the creators of Fortnite commented on this issue on Reddit with their community Coordinator saying to players in the following statement,

“We’ve heard this should be fixed with the release of iOS 13.1.”

As for Tencent, the creator of PUBG Mobile, they released the following notice regarding this issue,

“We are aware of an issue for players who upgraded to iOS 13.0, where touching the screen with 3 fingers will trigger an iOS function and interrupt the game.

We have already raised the issue with Apple, and we will continue working with them to resolve the issue. We suggest players who play the game with 3 or more fingers do not upgrade to iOS 13.0 until this issue is resolved.

Thank you for your understanding.

The iOS 13.1 beta also seems to have fixed the issue for the software of the games. The team of PUBG mobile backed up the comment of Epic games, as they wrote on Twitter, “13.1 should be much better for claw players.”

Thankfully for all the players of these two titles, the iOS 13.1 is going to come soon and for those who are yet to update on iOS 13.0 and play these two titles, refrain from updating the software on your iOS device. As it happens to be, there is also a security issue that allows for a hacker to bypass the security lock screen of the iPhone and exposes the owner’s contact list. 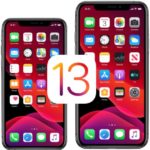 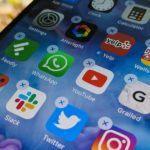