For those of you who are interested in some high-quality game for mobile or better yet on the iOS devices, then the best option for you is the Apple Arcade. The subscription service launches today for a price of 4.99 dollars per month and is making the debut with a wide range of amazing games from famed studios such as the Capy Games, Ustwo and Simogo. Even if as little as two games interest you then the subscription price is worth every penny.

The main problem with this new service is that it does not have a wide range of games to offer and to figure out the fact of where to start using this service is a little overwhelming. If we have this problem, then you guys must have also been stuck with this as well and to figure the problem out, we have made a list of top 10 games from Apple Arcade that you should play first.

Assemble With Care is the game from the studio which has provided players with marvelous games like Monument Valley. This game is a perfect tactical Mobile experience and puts the player in for a role of the repairwoman who has to settle at a seaside town and then decide on taking the few jobs there.

In between the game, the player will be fixing things such as the slide projector or a Game Boy. To take apart these devices and then to assemble them is a great experience. A screwdriver will be provided for taking things apart and then you will need to find the items to replace the damaged parts.

Cricket Through The Ages

This is a Qwop-style game which is best enjoyed when there is another player to play with on the very same screen. The premise of the game, as the title explains, Cricket Through The Ages, is to explore the entire history of humanity through the lens of what is cricket. To make things interesting in the games, once a player understands the cricket of the game, they will be put through increasingly difficult scenarios of the only game physic to play soccer, badminton and then fight a war. At one point in the game, the player will also become the bayonet wielding queen as well.

Card Of Darkness is the game which is a mash-up of the solitaire with an RPG of a dungeon. The game starts with a series of cards facing up which will present the gold, health, weapons, enemies and the magical scrolls.

Tapping each of these cards is going to do something different each time like the enemy draining the player’s health, weapon giving the player a type of defense. Like every great dungeon game, the goal is to look for a pathway out of the dangerous space while leveling up.

From the studio known as Capy games which gave us games like Sword & Sorcery and Below, they now present the Grindstone. In the game, the player is in control of an adventure of burly sorts whose goal is to connect the line of monsters of same colors to clear the path and the path is actually cleared up by cutting the bloody path from in-between these enemies.

From the studio such as Simogoi Games which has created games from low-fi puzzles to folklore horrors to the interactive novels, you can expect something different this time as well. Sayonara Wild Hearts is this unexpected direction by the studio. This is a pop music arcade nation game in which player controls a skateboard riding girl in a world with vibrant dance battles, chases on motorcycles and the interdimensional storyline.

The game known as Mini Metro was the one which allowed players to connect the train lines laid down across a city and its follow-up game Mini Motorways works the same manner but with roads. The game features a colorful yet clean sense of the life but the end goal is to connect homes of people with various buildings. Payers will be needed to build the roads that will be connecting games and offices of the same colors. As the game progresses, the city will grow up alongside new people and the business for connections. Players will have the options to control the traffic by suing bridges, traffic lights, and motorways.

The game Where Cards Fall bends the tale of a touching adolescent with a series of the cleverly designed environmental puzzles. In every stage of the game, the player will get a charter to start the small level to reach the end. For this, the player will be needed to form a pathway by making a pathway by utilizing stacks of cards that can be made into houses of varying sizes that will allow for the player to avoid the gaps and make it to the top through the ledges.

After the level finishes, the player will be given a flashback of their performance throughout the level.

To figure out controls of a skateboarding game can be rather tricky. But by making things a little extra realistic, the very same control can be made more difficult and if a player keeps things to simple, they miss out on making great combos. The game titled Skate City has managed to keep things streamlined enough to make that work well on a touch screen all the while keeping the feel of skateboarding alive.

The most appropriate description for the game titled Bleak Sword is that it is a mini version of Dark Souls. Payers will control a pixilated warrior in the fantasy dark universe where they will be pitted for battle against creatures like bats, wolves, zombies, and even giant monster trees. To avoid the enemies, players will be given a sword and a shield along with an ability to make a roll for evasion. Play along to get new gears as well as increasing your power by leveling up.

Overland is the strategy game where the goal is to simply survive. Payers will start in an abandoned parking lot out of a car which has joust lost its gas and from thereon, players will need to decide their every turn. You can search for supplies in a dumpster or talk other survivors to join you. After that, players will then be put up against the creepy crawlies of the post-apocalyptic world that you must avoid.

How-to Guide for setting up and using Google Pay

Making call from Google Assistant or Siri can get you scammed 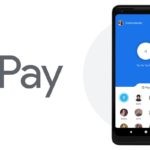 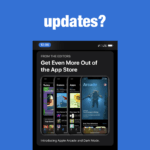