There is a true distinction between a homeless individual and a “bum.” Never mistake one for being the same as the other. The former are down on their luck and need a helping hand, whereas the latter have not only lost their way but, in some cases, the ability to distinguish between right and wrong. The following entries examine real-life stories involving vagrants so preposterous that they can only be envisioned on the silver screen.

Neil Lansing, a 33-year-old homeless man, was sent to jail after appearing before a Florida judge on undisclosed charges in 2011. Following his booking into the Sarasota County jail, corrections deputies conducted a routine search of his cell and noticed a foreign item dangling from Lansing’s rectum.

Lansing managed to stuff himself like a turkey, packing in a total of 17 round blue pills, six matches, a cigarette, one flint, a lip balm container, one unused condom for backup, a paper coupon, a CVS pharmacy receipt, and one empty syringe, with an eraser over the tip for safety, of course; inside a condom. Houdini was given additional charges of possessing drug and a tobacco products inside the jail.

a local 73-year-old Floridian real estate agent ever expected to receive was a barrage of explicit photos and sexual text messages from a 48-year-old homeless man in 2017. The Homeless man, Reginald Bernard Nelson was charged with sending the graphic images and was also connected to 21 similar cases that had been investigated by the Gulfport Police, Clearwater Police, and Treasure Island Police in the Sunshine State.

Hitchhiker Caleb Lawrence McGillvary became an Internet sensation in 2013 after he saved a woman’s life by “cleaving a man in the head, with a hatchet, after he had just hit someone with his car.” He has since fallen from grace after being accused of savagely murdering 73-year-old New Jersey lawyer Joseph Galfy Jr. According to McGillivary’s parents, their son has spent years in hospitals and treatment homes and has struggled with behavioral problems.

Regardless, McGillivary faces murder charges in the death of Galfy, though he claims he killed him in self-defense. All the while, a petition called “Free Kai Caleb Lawrence” has been created on Change.org.

In 2015, a New York man by the name of Paul Kellogg earned quite the reputation in Manhattan’s elite Upper East Side. In addition to waking up an entire block in the wee hours of the morning howling, “F—k you, richie! F—k you, richie!” Kellogg has made it a point to use multimillion-dollar homes and buildings as his personal port-a-potties.

In 2011, two parents in Sydney, Australia, were enjoying their day together at an outside cafe with their 16-month-old daughter when an unprovoked act of inconceivable brutality occurred. Around 11:30 AM, a 28-year-old homeless man casually approached the child’s buggy and did what most crazed lunatics with a troubled upbringing would do: He punched the baby in the face. The forceful blow resulted in a facial laceration, the brazen down-and-out bully ran from the scene in a pusillanimous fashion. The identity of the aspiring Rocky Balboa would later be revealed as Nicholas Troy Bolas.

In recent years, there has been a growing trend of vagrant masturbators displaying their skills in public settings. Such was the case in 2016, when Stephanie Pedersen was dismissed by police operators, who informed her that unless the revolting action was taking place at the time of an officer’s arrival, there was nothing that could be done. Thus, Ms. Pedersen took her frustrations to Facebook, posting a video of Loberc Pocolo, a barefoot New York pervert wearing a tarp, “enthusiastically humping” a Wi-Fi kiosk in broad daylight.

In 2012, the owners of a Phoenix, Arizona, rave venue and warehouse were startled upon discovering that a burglary had taken place. Even more unsettling was the fact that the perpetrator was still inside the building, blissfully blaring music as if he was the last man on Earth. When police arrived at the scene, they were appalled at the grotesque sight of their impudent intruder: a homeless man caked in animal entrails.

That man, later identified as 25-year-old Russell Christopher Hofstad, had the unscrupulous idea to feast on a cat for supper, only after skinning the animal and wearing the tail and intestines as a necklace.

A Bump in The Night

At around 4:00 AM on June 12, 2014, police responded to a residential home in Fair Lawn, New Jersey, after a terrified mother called 911 reporting that she’d found a man armed with a knife hiding under her son’s bed. When police arrived, they discovered 56-year-old drifter Kenneth Webb taking in the peaceful ambiance of the child’s bedroom floor. According to police, Webb—who had stolen a jewelry box and some change—had cut through a screen window to gain entry into the house. In the end, Webb was booked into the Bergen County jail, held on $35,000 bail, and charged with two counts of burglary and unlawful possession of a weapon.

In light of the season of giving, a Good Samaritan lent a listening ear to a homeless woman passing time in a Rite Aid store in December 2014.After learning that she was four months pregnant and had nowhere to sleep other than the cold Pittsburgh streets, the noble patron extended an invitation to her home for a warm meal.

Unfortunately, the reciprocity for the Good Samaritan’s act of kindness took a bizarre turn at 3:00 AM, when she awoke to find that her pit bull was no longer in the bedroom. While searching for her four-legged friend, she stumbled upon the nauseating scene of Jane Doe making sweet passionate love to the dog and thus demanded that her new promiscuous friend clean up and leave her home. Unwilling to let go of newfound romance, Jane Doe became enraged and expressed her displeasure by throwing a 2.3-kilogram (5 lb) dumbbell through the woman’s glass storm door before being arrested and charged with criminal mischief, defiant trespass, and, of course, sexual intercourse with an animal. 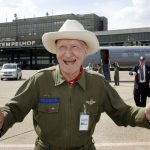 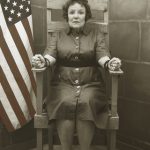