Sometimes, a love story is so strange and wonderful that it truly could be the plot of its own movie. These following stories prove that love can be found in really strange places, even when we least expect it.

In 2016, 25-year-old Tarek and 19-year-old Hadil were Syrian refugees living in the “EKO Camp” in Greece. When Tarek saw Hadil, it was love at first sight. Hadil hesitated to talk to him at first Tarek won her over and they fell deeply in love. There was just one problem: Tarek is Muslim, and Hadil is Christian. Hadil’s cousins showed up to beat Tarek, they took her away to another camp in Greece. One reporter from NPR’s This American Life was there after Tarek was beaten. The reporter intervened by giving Tarek $100 to get a taxi and run away with Hadil. Now, they are married, so they can never be separated again.

A 30-year-old Swedish woman named Emmy Abrahamson was waiting to meet up with a friend, so she sat on a park bench. A young homeless man approached her. Emmy saw a handsome man with intelligent eyes underneath the dirt. Emmy learned that this man’s name was Vic, and he was from Canada. When her friend showed up, Emmy turned to Vic and asked, “Can I see you again?”Emmy had to go home to Vienna, but she gave Vic her number.

Fast-forward a few years, and Vic had finished his college degree in mechanical engineering. The two got married, and now they have two children.

It was 1942, and a young Jewish Slovakian woman named Helena Citronova was sent to Auschwitz. Many people in her family had been killed in other parts of the camp. So she had a bitter hatred for the Nazis. A 20-year-old SS officer named Franz Wunsch tossed her a note that said, “I’m falling in love with you,” she immediately crumpled it up in disgust. Despite her rejection, he continued to be friendly. One day, Franz rescued Helena’s sister from being killed in the gas chamber and personally escorted her to live in the “Canada” section. This was enough for Helena to finally give him a chance. They began having an affair. When the war ended, they went their separate ways. However, Helena testified for his character when he went to court for war crimes and his life was spared.

Emma Perrier was a single French woman living in the United Kingdom. She signed up for a reputable online dating website. Emma thought she could trust that handsome man named “Ronnie” was real. Several months went by, and she fell in love with this man. However, it turns out that she was being catfished. The photos of “Ronnie” were actually a model named Adem Guzel, who lived in Turkey. Unlike “Ronnie,” the real Adem was more than willing to get on Skype to prove that he was real. They met in real life and eventually moved in together.

A girl named Victoria followed one of her favorite local bookstores, Waterstones, on Twitter. She noticed that whoever was in charge of updating the business’ social media account was incredibly funny and clever. She tweeted that she was “in love” with him. In reality, the Twitter account was run by a boy around her age named Jonathan. He tweeted Victoria on his personal Twitter, asking her what she meant by the drink comment because they had never actually met. One day, Jonathan tweeted that he had a craving for doughnuts. Victoria showed up at the Waterstones bookstore with a bag of doughnuts. She slid them across the counter and ran away. When he got off work, Jonathan messaged Victoria, asking her if she’d like to go on a proper date. She said yes. Three and a half years later, Jonathan now works as a professional writer and they are happily married.

In 2003, Zoe Folbigg took the train into London every day for work. One day, a man whom she had never noticed before was reading a book in her train car. She thought that he was very handsome and deduced from his literature choices that he must be intelligent and deep.

Zoe made a few attempts to flirt or steal glances, but the man was always too focused on his books to notice. One day, Zoe got up the courage to slip a note to him when they were getting off the train.

In the letter, she explained that she had noticed him every day and thought that he seemed lovely. Would he like to have a drink? Zoe signed with her email address. The man wrote her back. He said that his name was Mark and he already had a girlfriend. Zoe accepted defeat, and they continued to commute on the same train without speaking. Eight months later, Mark was single. He emailed Zoe to ask her out for a drink. Today, they’re married and have two kids.

Millennials will probably remember Neopets, the website where players could take care of imaginary pets and compete with other players. Kristen was a 12-year-old girl when she found a role-playing guild on Neopets called “Evil Jellies” Michael was just 10 at the time. He played the role of the evil “Doctor,” and Kristen was one of the good guys. So when they became teenagers, Kristen and Michael moved their online friendship from Neopets to AOL Instant Messenger. When Michael was 17, he applied to a college in the city where Kristen lived so that they could finally meet and date in real life. After spending some time together in real life, the two childhood friends got married.

Erica Harris lived in California, and Arte Vann lived in New York. They found each other through Instagram. They were both part of an online poetry community that used the same hashtags to follow each other’s writing. Arte had written a poem that included #sevendeadlysins, which is how Erica found him. She left a comment, and the two began to talk. For a year, they exchanged photos, videos, and phone calls. They fell deeply in love and decided they should get married—even before meeting face-to-face. In 2016, Erica and Arte met for the first time at an airport in California. Arte got down on one knee and proposed. They immediately got married by a justice of the peace. 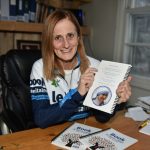 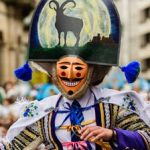