The new design of the Twitter website is here and there is nothing no one can do about it.

It has been almost one year that Twitter has been testing this new design, “New Twitter” and now it has been turned on for all the users of the social media site. This time, however, there is a slight change as compared to other versions of the website’s redesign. Users will now have no option to switch back to the “legacy Twitter”.

Still, this might not be enough to cause panic among some users. Redesigning is something that is familiar to the smartphone users, the added feature on the Twitter.com make it appears more like the Twitter app.

For those who were asking the big question, “Sorry guys, there is still no way to edit the tweets.”

A spokesperson of Twitter said in a statement that t is going to be a few days until the new design is applied on twoitter.com and from thereon, there will be no way to switch back.

For those who have not yet seen the redesigned version of the website, the most troubling part of this change is that nothing is going to be in the same place as it was before. Few of these changes are as follows.

The one major change is that Direct Messages will now no longer be popping up on the top of the timeline in a tiny window. The site will now have its own little section of Inbox. Still, users will not be able to find their messages.

Twitter has also introduced a “Sparkle Button”. With this feature, the user will now be able to toggle in-between their timeline either as regular or in reverse. This button can also send the user back to ‘Home’ where the tweets are being curated. This button is helpful as it will allow the users with multiple accounts to switch to another account without logging out from any of them.

And finally, the Dark Mode is also there so worries on that front.

Still, the fact that this new design of the Twitter website is not going to have any switchback option, it is going to get some heated criticism. For those who cannot seem to deal with this major change, there is only one solution for you guys. Better quit Twitter completely. 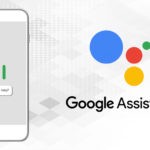 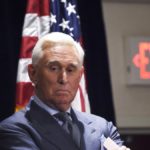