Uber, the ride-sharing app, which has started venturing into the door-to-door delivery program, is now planning to expand in this section furthermore.

Last Friday, Uber announced the news that they are planning to take over the majority share for the grocery delivery service working in Mexico and Chile by the name “Cornershop”. If the plans for this acquisition are approved by the regulatory boards as soon as possible, then Uber might be delivering the groceries too by 2020.

Dara Khosrowshahi, the CEO of Uber said, “whether it is about getting a ride, or getting food delivered at your home or now soon to have groceries delivered to your home, we plan to make the Uber the only operating system for your everyday life. We are really excited to be forming a partnership with the team working at the Cornershop to broaden their vision. We are looking forward to working with them for making Uber bring grocery deliveries to millions of consumers via the Uber platform.”

Uber has struggled extensively in capitalizing on the ride-sharing business model but their restaurant delivery service named Uber Eats is their most successful venture so far. That being said, this service is still not profitable for the company as there is price war among various businesses of the food delivery and this is causing Uber major losses.

Now if Uber’s deal goes through then by capitalizing on their current driver network, Uber might start raking in some profits or else they might further be pushed into massive debts. With that being said, Uber is going to have a hard time as it is going to face other grocery delivery titans such as Walmart, Instacart, and AmazonFresh.

Oskar Hjertonsson, CEO of Cornershop said, “we started the Cornershop back in 2015 with a view of being in the Latin American market and now we are really excited to work with Uber as they will help our mission much further. Uber is the best partner for us as we now embark on bringing our strategy for on-demand grocery delivery straight from the incredible retailers to millions of customers across the world.”

Google pays its tribute to creator of Phenakistiscope with a Google Doodle, Joseph Plateau who made the way for cinema 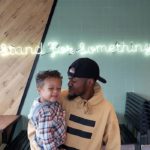