Uber’s plans for aerial commute are going to be launched this summer with a helipad in New York.

You guys must have remembered about Uber’s trial period for helicopter rides held in Brazil three years ago but the UberCopter at that time was a short live trial thing.

However, now it is back with full rigor and with rides to be held in New York City.

Uber is going to start the offer for on-demand helicopter rides which will be held in between the lower Manhattan area and the JFK International Airport in the afternoon time and will be conducted from Monday to Friday.

The new service has been dubbed by Uber as Uber Copter which is going to be available as an option for Uber’s diamond and platinum users on its Uber rewards.

This transportation feature will only be available on the Uber app of the users if they are in the area of New York. Lastly, Uber also offers these users with a facility to book for the flight rides 5 days in advance.

These flights of Uber are being offered in collaboration with the helicopter service known by the name HeliFlite on their twin-engine aircraft. There will be no need to wear the headset on the flight via HeliFlite but riders will still be weighed before the board the aircraft. Riders will be allowed for carrying luggage weighing only 40 pounds with the facility to take 1 personal item.

The full service; including a car ride, a flight and again a car ride; is going to cost a sum of 200 dollars. A car will be driving riders to the helicopter pad for takeoff and then again after landing, another car will take them to their final destination. The whole process is going to take about 30 minutes which includes a short 8-minute flight. 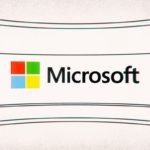 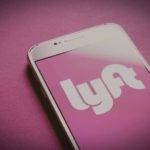