A new participant has joined the war of the ultra-fast charging for the Chinese phones after Vivo announced its own Super FlashCharge 120W tech.

While there is no information available on the full detail of this new technology, it is said that this new tech is able to charge a battery of a 4000mAh in a mere 13 minutes.

If the claim is true, then this charging tech, if shipped with smartphones will be the fastest one in the market right now. As for further information asked by tech media, the company’s representatives did not respond.

A video has been placed by the Vivo’s product manager on the Chinese website Weibo for a demonstration of the technology’s super fast charging capabilities. Video shows the battery to charge from 10 to 14 percent in a time of 16 seconds but it still did not show the full charging cycle of the battery by this tech.

The best superfast charging demonstration video presented so far by Vivo was their 44W charging for which they used an IQOO gaming smartphone. This phone, which comes with 4000 mAh battery, was fully charged in a time of 45 minutes.

Earlier in March this year, Xiaomi also announced their own 100W charging system which according to them is able to charge a 4000mAh battery in only 17 minutes. Still, this new tech has not been shipped with any of their devices.

At the moment, the current charging system that people have access to is the Super VOOC Charger that comes with Oppos’s Find X Lamborghini Edition. This charger is able to fully charge a device of 3400mAh battery in a time period of 35 minutes.

The best time when Vivo is going to really unveil its new 120W charging tech to the general public will be at the MWC Shanghai along with the unveiling of their first ever 5G device. 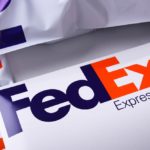 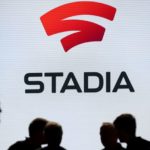