This might be a little strange to hear that for us living in the 21st century, the task of reading a book under light is a luxury to many. According to statistical studies, there are at least 800 million people living across the globe that still have no reliable electrical source. In order to help these underprivileged people, a foundation was formed by the name Liter of Light. This foundation made use of an interesting idea where they used the thrown away discarded plastic bottle for creating affordable sources of light for the poor families in need of it. With their hard work and devotion, they have already helped hundreds of thousands of people.

We were not able to believe our own eyes when we saw as to how they made using a simple plastic bottle and turned it into a reliable source of light for the people that desperately needed it in the night.  We decided to let our readers know all about it.

The volunteers at the Liter of Light are working one bottle at a time for ending the poverty of energy.  This is how they are achieving this goal.

This foundation was started back in 2011 by the parent Foundation by the name MyShelter Foundation, working in the Philippines. The founder of the parent and this child Foundation is a man named Illac Diaz who w shocked to discover the conditions in which many poverty stricken families were living especially following the devastating rainstorm while he was working in remote places as the telecommunications manager.

It was then, a thought came to his mind that there might actually be a way for having cheap light and bring it to help these poor families.

In order to pursue his goal of helping these poor people, he left his job and went to study at MIT (Massachusetts Institute of Technology). His areas of study were urban architecture and planning. It was at MIT, he learned about the Bottle light tech and then he developed the one prototype of it with the help of his Brazilin mechanic friend named Alfredo Moser back in 2002.

After that Diaz returned to his home country of the Philippines and then slowly started to introduce these clever light sources across the country to illuminate thousands of households. Now after nearly 1 and half decades, this movement has grown to be in 15 different countries and it is growing slowly but steadily.

So the big question is How Does These Bottle Lights work?

Materials needed for making these light bottles that are solar-powered are as follows.

The making of the bottle can be viewed in the down below the video and the simplicity of the whole process has caused more and more people to volunteer for this movement.

As a result of this movement, now nearly 350000 families across the world have light available inside of their homes and in their villages.

Jeyza Gary, One OF A Kind Model Whose Skin Sheds After Every 2 Weeks 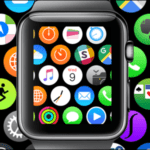 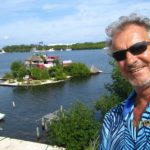