So the Oculus Quest has been out for quite a long time and now many of you already have your own wireless VR headset with a hand tracking device.

So what’s is going to be next, well obviously you guys downloading a bunch of amazing VR games but there is actually a whole lot more apps for use on your Oculus Quest VR set.

With a  right app, you can now download your PC Window while in a  virtual space or you could do the painting in 3D space or even watch the movies with your social media friends that actually live on the furthest corner of the world.

For our readers, today we have taken the responsibility upon us to introduce to you a few amazing VR apps that every Oculus Quest owner should download.

The Apollo 11 VR app sis epically designed for the ones who love the space and its mysteries. This VR app is focused on the historic space mission to the moon; complete from the launch to the time it landed.

The app’s developers at Immersive VR Education work really hard to present tot eh users a near complete feeling of what it felt to leave the eyes from the eyes of the legendary astronauts; Neil Armstrong, Michael Collins and Buzz Adrien.

The Bigscreen Beta is an app that allows the user to work on their Windows PC through a VR screen.

The app lets the user create for them a large theatre sized VR space where they can invite their friends to have a movie night or to watch your favorite TV shows. With app’s cross-platform, users will also be able to meet with people who are on other Occults and HTC Vive headsets.

Nature Treks presents to users one of the most mesmerizing and surreal VR experiences there are today. After uploading the app, the VR takes the user to a beach, a grassy meadow or even a savannah. For those who feel a little more adventurous, they can take a trip to space where they can watch the planets take a spin around the sun’s orbit.

To top it all off, the atmospheric music accompanied by the calm environments are able to put the user in a relaxing place.

Ocean Rift is the app which is built to be a VR style aquatic safari park where one can enjoy the oceans of Earth. In this unique VR experience, the user can experience 12 of the underwater habitats from close and also the creatures that live there.

For those how do not like to get wet a lot at a water park but still want to see the dolphins, then Ocean Rift is the best VR experience that you need to have right now.

Most of the games available on VR are for solo players but with Rec Room, this problem is solved. You can now meet up with friends in special user created VR rooms which is like a VR forum.

There are also a few multiplayer games such as the Dodgeball and the Paintball. Well, the graphics are not great, at least to even play a game with people in a VR environment is a great thing in itself.

For those who want to see large HD resolution videos on their VR set, then they need the SKYBOX VR Video Player app which is like a VLC player but for your VR headset.

The app lets the user watch videos either locally or streamed format heir PC. At the moment the app is able to support video formats such as H.265, VP9, WEBM, and Blu-ray. All these and many other formats are automatically detected by the app so no further encoding is needed on the user’s end.

For those who have subscribed the Sling TV for their TV then there is good news for you guys because now you can watch all of their content on your VR device.

The app comes with the basic point and click interface that makes the channel surfing on the VR a breeze.

Tilt Brush was one of the nongaming apps that got huge popularity on VR sets such as Oculus Rift and the HTC Vive. However, now the app is updated and allows a better painting experience in a 3D space.

You can draw doodles or even something more complex because Tilt Brush has enough features to keep the users entertained.

Virtual Desktop, the name is enough to tell the user what this VR app is about. It basically allows the user to use their PC in a virtual space. Instead of using a monitor, users will get a big VR screen where they can operate their Windows 8.1 and Windows 10.

The controllers of the VR set allow the users to have a replacement for gestures such as pinch to zoom in or zoom out.

Instead of being a game, VRChat is actually like a VR Community or should we say a whole lot of VR communities. Join any one of the various rooms and mingle with people in VR space.

While playing games on VR is a great way to spend time, sometimes you just need to sit back and relax while you watch videos of your favorite content creators. For this, there is surely an app which is YouTube VR.

The app is an upgraded version of the one released initially for the Oculus Go and currently has more than 1 million VR videos. These videos let the user watch them in a 360 degrees view, still not many of them ahs that feature.

You can also watch the 2D videos on the app but on a larger VR screen.

Another GOT mistake, Fans spot the Water Bottles in Game OF Thrones Finale 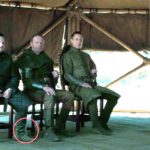 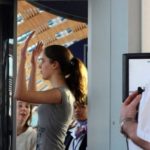