We all know that things like exercise and a proper diet are important for a healthy lifestyle, but in a world where everyone’s looking for the easy route, those don’t always cut it. Instead, we need to see improvement immediately. So buckle up. Here are some weird tricks and facts that can help you get ahead—even if you need to pretend that life is an elaborate video game first.

Think Of Life as a Video Game

The prevailing opinion of video games is that they’re a waste of time. But according to a study from Michigan State University, video games can be effective tools that allow us to maintain and enhance our relationships.

Another study showed that video games proved more effective than medication for treating depression and anxiety.

Use Your Other Hand

Most of us have one dominant hand and one that isn’t much use when it comes to everyday tasks. In an awkward segue; quite a few people have trouble controlling their anger. Many of you are probably getting angry just reading this. But there’s an unusual way to curb that aggression; according to studies performed by Dr. Thomas Denson, all you have to do is use your less dominant hand.

Denson discovered that when people made an effort to use their non-dominant hand for everyday tasks, their anger levels dropped noticeably over the course of several weeks.

In a study by Sheena Iyengar, shoppers at a grocery store were presented with a table of free samples—six types of jam. On another day, the same table had 24 total flavors. While the larger display drew a bigger crowd, only three percent of those people actually bought one of the jams. At the six-jam table, 30 percent of those who tasted a sample bought a jar.

When we’re given a choice, we often assume that we’ll be more likely to find something we like with a wider selection. But when presented with too many options, people are more likely to not make a decision at all.

Duncan Smith led a team of researchers at the University of Essex to determine how color affects mood and found that bright colors had a huge impact on reaction times and memory. Participants in the study were shown either “sunny” colors or bland, gray images, and then asked to perform a series of cognitive tests. The group that was shown sunflower pictures scored an average of 25 percent higher on the mental acuity tests than those shown gray colors. Even stranger, they also had a nine percent increase in physical strength. The researchers concluded that bright colors increase alertness, and red seemed to give the participants more confidence.

How does a person store all that information? If you ask them, they’ll tell you their memory isn’t anything extraordinary. Anybody can learn to perform these feats using a technique called elaborative encoding. The idea is that the human brain is better at memorizing images than anything else. And by extension, if you can associate something abstract (like a number) with an image, your brain will more easily recall it.

Facts that will change your view about sharks

Facts that will change your view about sharks 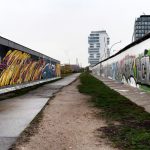 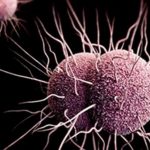