The new version of WhatsApp for the iOS has gotten a simple but important upgrade. The app is now able to support Apple’s Face ID face recognition tech along with Touch ID fingerprint scanner.

This update has gone live in the iOS’s latest WhatsApp version of 2.19.20 and is now available for all the users

How To Turn The Feature On:-

In order to turn the feature On; follow these steps.

When the user enables the screen lock, they will then need to use Touch ID or Face ID to unlock WhatsApp. However, the user will still be able to reply to messages from Notifications and Answer Calls as well; even when the app itself is locked.

The app also has a feature that lets the user adjust the time limit for the app to require Touch ID/Face ID for following time limits.

The feature is quite helpful for Whatsapp which allows the user’s device to have the following additional features.

As a note to mention, both Touch ID and Face ID are less secure. Instead, the better option is to use a good paraphrase to protect the privacy of your mobile device.

Recently a tech consultant also revealed that Instagram is also testing out this new Face ID feature for their Instagram app which can be seen down below.

WhatsApp which is currently owned by the Facebook, its CEO Mark Zuckerberg also announced the official news that the company is planning to merge this feature of Whatsapp with its two other social media apps; Messenger and Instagram.

One major advantage that will come with this new feature would be to allow users to have end-to-end encryption across all of those products. However, Zuckerberg also announced that the plans to merge this feature with the three apps is still in its early stages and might not happen until 2020.

5 new features Twitter is testing in the iOS app 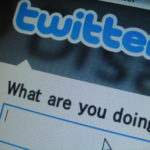 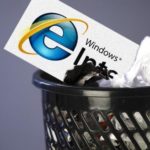