Wikipedia is a treasure trove of knowledge where one can find information about literally everything these days. The main reason behind Wikipedia becoming this huge encyclopedia of such information is that it is largely formed due to being an open platform of collaboration where literally anyone can share the information. However, there had been only one reported time in the history of the Wikipedia Foundation that the nonprofit organization had to step in and then remove the content from its website.

For many years now, the distrust seemed to have risen among tech companies such as Facebook, Microsoft, Twitter, Wikimedia, and Google.

A recent study has been made by a consumer tech website by the name Comparitech on compiling and analyzing the transparency report data of these tech companies.  The report includes information such as the data request of users, content takedown requests from the government as well as the copyright removals under the DMCA (Digital Millennium Copyright Act).

According to Comparitech’s study, Wikimedia started keeping track of all its information from back in 2012 and since then they have only granted on takedown request and that was for non-DMCA content.

What was that takedown request?

The Wikimedia Foundation revealed the information to tech media that that non-DMCA takedown request had come from Ukraine back in 2014 and this is the reason for it.

As per Wikimedia, a blogger who was visiting Burma or Myanmar at the time posted a redacted image of his travel visa on his own website. After that, the image of his visa photo without his knowledge got removed and then ended up being in the article on English Wikimedia. This image was a concern to that blogger’s country’s visa policy.

Wikimedia said, “He wrote to us, asking to remove the photo. Given the nature of the information and the circumstances of how it was exposed, we took the image down.”

One spokesperson for the Wikimedia Foundation said, “Generally speaking, the reason the Foundation gets relatively few takedown requests is because the volunteer editor community is effective at ensuring content meets the site’s standards — including those around licensing and sourcing”.

Rise in the Takedown Requests for Wikimedia:-

As for the country which requested more takedown requests from Wikimedia than any other country is the USA and it also only sent about 797 requests over the course of the last 6 years as per the transparency reports of Wikimedia.

Still, the requests from courts as well as governments around the world from Wikimedia to take down certain contents are rising. Comparitech revealed that transparency report of Wikimedia form 2017 showed an increase of 144% in the Takedown Requests and in 2018, the organization received about 880 requests for a content takedown which is the most it received in a single year. 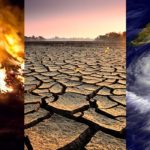 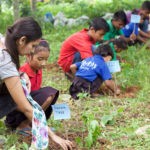