Quite recently a mouth gaping video has gone viral over the internet which shows parents and their baby only being seconds away from a deathly crash. The video was shared by the Phoenix Police Department in which the miraculous escape of the lucky family can be seen. The footage shows another female driver blocking the car of the drunk driver to prevent him from running over the family. The crash happened at about 10 pm in the night and the whole scene was captured over the traffic cam.

Shannon Vivar is the woman who saved the parents and their child from getting hit by a drunk driver and now she is being hailed as a hero.

27 years old Shannon happened to be in the right place at the right moment. That particular night, Shannon along with the mother Shirley and her 3 years old child was travelling back home from Walmart when her mother suddenly started screaming in shock. The woman saw a jeep running the red traffic light and was headed straight towards the couple who were walking with their baby in a stroller.

The tragedy was averted by Shannon as she rammed her car straight into the drunk driver’s jeep and prevented the fatal crash from ever happening. She said, “I don’t know if I pushed on the brakes or sped up. However, as I hit the jeep, I was lost.”

This was certainly a close call for the family who after being saved, ran away to safety. As for Shannon, she was not so lucky.  She sustained some non-life threatening yet heavy injuries along with her getting damaged massively.

As for the drunk driver, known as Ernesto Otanez Oveso, he tried to flee from the scene and when people nearby stopped him he threatened them that he would stab them. The man is now in custody with the suspect of driving under the influence. He has been charged with charges like aggravated assault, 4 warrants and also with being a prohibited possessor of the firearm.

Watch the video down below of the lucky save. 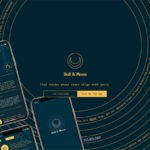