People often commit such horrendous crimes that seem like straight out of horror films. We have gathered a list of such horror crimes which if happened in films would have been that bad but instead they happened right in everyday life.

‘My Daddy Ate My Eyes’

In May 2009, a man named Angelo Mendoza Sr. suffering from which seem to be insanity mangled his son’s face. He did so by biting one of his eyes out and maiming other. The four year old Angelo Mendoza Sr. hid himself naked behind a large dresser and when police arrived on the scene, the young child told them “My daddy ate my eyes”.

In September 2017 Michael Robertson, after getting in dispute with mother of his child, attacked the woman in front of his child and a 16 year old neighbor. According to neighbor who is traumatized till today, “he destroyed her face”. What happened was, Robertson during the attack ripped her eyes out and also stabbed her multiple times in chest and stomach areas.

This crime story is of a “forced abortion” which happened to a young 14 year old girl in Dallas Texas who as a result of sexual assault from a relative became pregnant. Family member tried to abort her baby by feeding her contraceptive pills and cinnamon tablets and when that did not work they did something much horrible. One of her cousin named Lonnell McDonald sat on her stomach and jumped up and down in order to abort the baby and when unsure about it happening he called another one of his cousin and they kicked her in stomach. Finally the girl vomited and delivered which was a stillborn baby. They placed that baby in a plastic bag and burned it on their charcoal grill.

In May of 2017, a 15 days old baby was found with a t least 75 to 100 rodent bites all over its body with one bite on his forehead even revealing the white cranial bone. The parents of the baby were 19 years old Erica Shyrock and 18 years old Charles Elliot, were aware of the rodent infestation in their house but still neglected the fact. According to medical reports bites must have took nearly two hours and during that time these horrible parents completely ignored the baby cries.

In October 2016, 62 years old Jose Melina while cleaning an 11 meter long industrial oven at one of Bumble Bee Foods in Santa Fae was burnt alive. One of her colleagues thinking that Melina had already cleaned the oven filled it with 5400 kg of tuna and turned it on resulting in Melina to be cooked alive. Company paid the family of Melina over 6 million dollars in settlement.

19 years old Austin Harrouff on August 2016 was arrested when he was found chewing on the face of one of his two recently murdered victims; Michelle and John Stevens. Police detectives on the scene reported animal like noises from flesh eating Austin and they tried to subdue him with stun guns and a police dog but ultimately it took four police officers to completely subdue him. After being arrested Austin said in a horrible voice “help me, I ate something bad” and when asked what he replied “Humans”.

Animals arrested or suspected for crimes 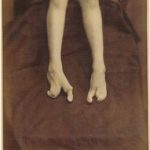 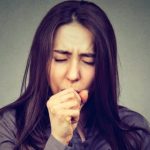