Even when we hit rock bottom, human beings have the amazing ability to be resilient. These are some of the people who were homeless at one point in their life and found a way to break out of their situation in order to find a new place to call home.

Braheam Murphy was a promising football player at Harding High School in Charlotte, North Carolina. His coach, Sam Greiner, noticed that his grades were dropping and almost kicked him off the team. Little did he know that his mother died when he was just five years old. His father remarried, and his new wife gave birth to Braheam’s half-sister, who has cerebral palsy. They could only afford to live in a one-bedroom apartment, making it too small for him and his older sister to stay.

Murphy worked a part-time job after football practice and had no place to call home. Murphy opened up to his coach about his living situation and how football was his entire world. He asked Coach Greiner if he could live with him so that he could continue to play. Greiner said yes. Once he had more stability in his life, Murphy brought his grades up to a 3.7 GPA, and he became the new quarterback. His journey helped to inspire his teammates so much that in 2018, his high school won the North Carolina state championships for the first time since the 1950s. A recruiter from Army West Point noticed Braheam Murphy and gave him a full scholarship to play football for their school.

Raymond Pates completed his draft in Vietnam and returned to Birmingham, Alabama, he started to drink and use drugs to hide from the pain. It got so bad that he became homeless. One day, he started going to church. He asked the pastor if he could get involved with their charity work. By engaging with his community, he was able to find a job at the Social Security Administration. Now in his sixties, Pates still helps to deliver food to homeless people in Birmingham and gives them words of encouragement. “Everyone can be a hero,” he said. “When you see a need, fill it.”

One cold winter night in London, a young couple named Charlotte and Taylor missed their train. They had to stand on the platform waiting for the next one to arrive. A homeless man in his twenties spotted the couple and offered them a warm spot underneath his blanket. The three began talking, and after hearing his story, Charlotte asked him to come home with them, because her parents had a guest apartment.

After a while, Joey met the rest of Charlotte and Taylor’s family and friends. He was able to meet someone who hooked him up with a job, so he could get back on his feet.

Liz Murray grew up in the Bronx with her parents, who were addicted to heroin. Her mother was schizophrenic and had contracted AIDS from dirty needles. When she was just 16 years old, Liz’s mom died. Once she no longer needed to take care of her mother, Liz decided to focus on her grades. Academics became her world. After living through homelessness and very nearly failing to graduate, Liz was accepted to Harvard University.

After surviving a traumatic brain injury, Amanda Richer could no longer hold a job due to her disability and chronic pain. She lost her home and was forced to live in a tent under a bridge in Seattle. Richer became involved with local homeless organizations and worked at soup kitchens to get free meals. She met Mark Horvath, a man who has a nonprofit organization called Invisible People. He interviews homeless people for the organization’s YouTube channel. After her interview went online, Mark helped her create a “GoFundMe” account. Amanda Richer was finally able to get an apartment. She has made several update videos with Mark, where she is still a happy, bubbly Disney princess.

At 15 years old, Jean Manganaro came home from school one day to discover that his alcoholic, abusive parents had abandoned him. Their apartment was empty, and they were never coming back. Addicted to drugs and alcohol, he got into trouble and ended up going to a juvenile detention center. As an adult, he continued to struggle with homelessness. At 29 years old, Manganaro decided that he needed to change everything. He moved to Florida in search of a long-lost older brother and started attending AA meetings.

After telling the group his life story, one of the members struck him a deal. Manganaro had two weeks to crash on his couch for free. After that, he needed to find a job and pay rent or get out. He accepted the challenge and found a job almost immediately.

Manganaro volunteered to help homeless men he met in Florida. He realized that there were so many holes in the system where government bureaucracy prevented so many people from getting help. He founded an organization called The Gratitude House to help these people beat their addictions, find jobs, and get back on their feet. He uses the same two-week, do-or-die opportunity that helped turn his life around. Today, he is sober and has a good career and a wife and kids.

Chris Gardner was a single father. His wife left him to care for their toddler in San Francisco alone. His single paycheck just wasn’t cutting it, and he was evicted from his apartment. For an entire year, he was homeless, locking himself in public restrooms and standing in line at homeless shelters and park benches. He found an internship program at a stock brokerage and spent the only money he had paying for his son’s day care. After a year of unpaid work; he was finally given a full-time position at the firm because of his dedication and talent at trading stocks. Today, Chris Gardner is worth over $60 million. Gardner’s story inspired the movie The Pursuit of Happyness, starring Will Smith. 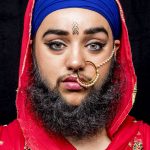 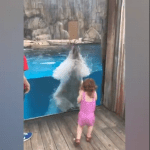