At the recent Apple event, the Apple company announced their release date for their new operating system iOS 13 but it also comes with one strange problem.

iOS 13 will be available for download on 19th September after the announced the launch of their new products such as the new iPhone 11 and the 11 Pro which will release after day the new iOS launches.

However, Apple also announced at the vent that the full version of the iOS 13 is not going to be launched until 30 September which is days alter the new iPhones will be released.

The company chose to not launch the actual release date for its new flagship smartphones during the event but actually decided to announce the dates to the public through a press release. In that same press release, Apple also announced that some of the features for the new iOS 13 will not be available in all the regions or in all the languages.

The problem is that Apple seems to have run into quite a few issues for making this new iOS. These issues cause a few of the central features of the iOS 13 to not be available at the time of the launch for the new iPhones.

Apple first gave a sneak peek of the new iOS 13 at the Worldwide Developers Conference event that was held back in June. During the WWDC event, Apple revealed to the public a lot of new features including the one high anticipated Dark Mode and then also said that the new iOS will be available sometime later in the fall.

As for the Beta version of iOS 13, that arrived shortly after the WWDC evened but beta testers immediately complained about a lot of bugs in the new iOS that were so massive that they prevented the OS from working normally.

Following these complaints, Apple then released another version of the Beta OS with name iOS 13.1 which has been released even before the original iOS 13. This has caused fear among Apple lovers that Apple might not be ready to launch their new iOS on the expected released date which is normally before they release their new models.

Features that had been removed from iOS 13 included the features like people listening to music from an iPhone via 2 different sets of AirPods as well as the Siri’s feature to read the messages out loud. It is the thought that these new features will be the one that will be coming tot eh iOS 13.1 when it gets released.

The release date for the new iPhones has always been the deadline for the new version of the iOS as it must be ready for shipping in these new models. The developers at Apple are trying to reach that deadline by simply skimming off some of the features and then providing those features later after they get more development done.

Apple has directed to the general public to look for more updates on the iOS to their special page for the iOS 13.1. 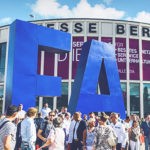 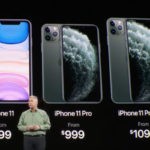