Just imagine an Apple MacBook Pro equipped with a Touch Bar and now stretch that touch bar nearly half of the way where the keyboard usually is.

This is pretty much the easiest way to explain the Asus’s flagship product; “ZenBook Pro Duo laptop”. While the usefulness of this design concept is still to be revealed, the Asus lovers are totally going bonkers over this cool new design.

This design is similar to the HP’s recent Omen X 2S laptop which also features a small screen right below the regular screen and right above the keyboard. Still, in comparison to HP’s 6 inches screen, Asus’s ZenBook Pro Duo features an ultra-wide 4K touch screen that has a size of 14 inches in diagonal. This screen size allows the laptop to adjust several of the helping apps in there side by side manner.

In addition to the ScreenPad Plus, Asus also presents a third screen which is actually in the form of a trackpad that can be used for a number pad.

As for the keyboard of the Asus’s ZenBook Pro Duo, it is a little crammed and is going to need a little bit of time to get used to. Also instead of placing the trackpad below the keyboard, it has been placed beside the keyboard.

In addition to the innovative 2nd and 3rd screens, Asus also features a 15-inch 4K OLED panel. Other features include the following.

In addition this laptop, Asus has also announced their ZenBook Duo which is a smaller version of this laptop that presents a 14-inch main screen along with a 12.6-inch secondary screen. As for the processor, it is an Intel Core i7 processor with an Nvidia GeForce MX250 graphics chip.

As for the prices for both these laptops, they are still to be announced by Asus when they will be up for sale during the 3rd quarter of 2019. 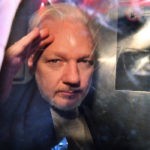