It seems as if Microsoft is ready to dole out a specialized Fortnite version of their upcoming Xbox One S gaming console. According to the media reports, Microsoft is set to release a purple colored edition for the Xbox One S in few upcoming weeks which is especially created for the fans of Fortnite.

According to the leaked reports, this new Fortnite edition of Xbox One S will have a “Dark Vertex” new skin along with 2000 V-Bucks; an in-game currency. In addition to this, this new bundle will also have the following month-long features as well.

It is still not clear as to when Microsoft will officially announce their new color variant for the Xbox One S but it is rumored that it will start its debut a ta price of 299 dollars and will come with a storage capacity of 1 TB along with a Blu-Ray optical device.

This is not the first time when Microsoft has customized their gaming console for the sake of one game. Last time, Microsoft presented a special edition of Xbox One S for the game Minecraft. The console was etched with complete boxes of Minecraft.

On Sunday, Microsoft is going to hold its annual E3 Press Conference where the company plans to promise big for 2019. The purple-colored Xbox One S variant is also a key part of the company’s announcement at this conference.

In addition to many other topics, Microsoft is also going to discuss their future plans related to their soon to be launched game streaming service by the name xCloud. There are rumors that Microsoft is also likely to unveil its following games as well. 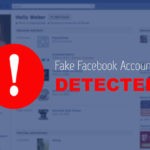 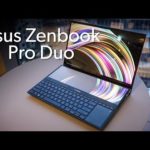