Finally, users of Apple can be at ease because the Apple iOS 12.2 is available for download.

In addition to the news about the release of iPad Air, iPad mini as well as AirPods, Apple has also released the iOS 12.2. In addition to iOS12.2 being essential for the working of new Apple AirPods, iOS12.2 has also come with following notable features as well.

As Apple promised to its customers earlier this year, the iOS 12.2 now comes with the support for the AirPlay 2 providing the support for various streaming services like music, videos as well as presentations over Smart TVs. All of this can be done from major brands like the following.

That is not all as iOS 12.2 also offers the HomeKit support for the Smart TVs.

In iOS 12.2, Apple has included 4 new Animoji to be used as stickers in iMessage as well as during the FaceTime calls. The available new Animoji are as follows and are only available for use on iPhone X and the new devices.

As for Apple News, it is now available for use in Canada with the news articles being available in the following languages.

In addition to this, Apple iOS 12.2 also adds the service by name of Apple News+ to its already presented Apple News app that will allow users to have access to the following from the famed newspapers like “The Wall Street Journal’ and the “The Los Angeles Times”.

Caution with the update:-

As is the case with any other update, there are a few minor tweaks currently being carried out in the iOS 12.2 for security.  So in order to keep your iOS devices safe from any data loss, it is highly advisable to back up the data and restore it after the iOS is updated.

The devices which are currently compatible for iOS 12.2 download are as follows.

These People Know Exactly As To What Being Unique Really Is 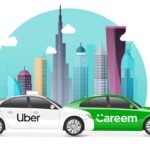 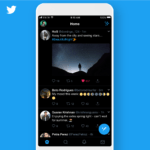