Earlier this week, Uber reportedly dominated their business competition in the Middle East by paying a sum of 3.1 billion dollars.

Uber Company announced on Tuesday that they have finally reached the settlement of buying the Dubai-based transportation company by the name Careem. Careem currently operates its services in 15 countries which include following on the top of the list.

The deal concluded with Uber paying 1.4 billion dollars in cash while the remaining 1.7 billion dollars is in loan form. This is currently the largest ever tech deal to be made in the Middle East outside of Israel.

The company from here on will operate under the leadership of its 2 co-founders under the Uber company but for now under their own brand. Careem Company wrote on its official website the following message,

“We are still Careem”.

Uber and Careem entered in competition back in 2013, the very same year when Careem was founded. As of now, these two transport companies are playing great with each other.

According to the tech media, this deal of Uber acquiring Careem will now kill the transit competition in the market. The transporting market will now be totally turned into a monopoly for Uber.

Uber itself pulled out of the competition form the region of Southeast Asia last year. Uber sold their business of the region to a local company by the name “Grab”.

Dara Khosrowshahi, the CEO of Uber wrote in an email published on Tuesday that Careem will still be operating under its own brand name. The email reads as follows,

“We decided that this framework has the advantage of letting us build new products and try new ideas across not one, but two, strong brands, with strong operators within each.”

The word integrating used in this mail points out to the fact that soon new offers and products will be added in Careem.

It is expected that Uber will be going for market valuation next month at a net worth of 120 billion dollars. As for the small competitor of Uber by the name Lyft, they have gone public and their IPO is expected to be listed on Friday morning.

Lyft has focused on its services to be only in America with slight expansion to be made in Canada. 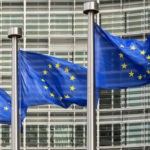 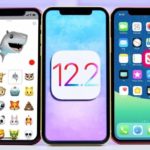