While its noisy northern neighbor usually gets all the attention, South Korea is a pretty awesome place. It has survived Japanese colonization, Soviet meddling, and North Korean threats to become the world’s 12th-largest trading nation. However, there’s a lot more to South Korea than technology and Gangnam Style.

One thing South Korea is definitely not known for is its liberal criminal rights. Citizens suspected of committing crimes, such as rape or murder, are forced to take part in these humiliating public rituals, which start with police binding the suspect with ropes or handcuffs. They are then led to the scene of the crime and are ordered to recreate the criminal act. To make the ordeal even more humiliating, the media is invited along to publicize the event. Dates for the reenactments are even printed in newspapers so the public can show up, watch, and hurl insults.

If you lived in South Korea, you’d never have to leave home to eat. Most restaurants will deliver straight to your apartment via motorcycle drivers—who are notorious for speeding through traffic to deliver the food on time. And after you’re done eating, you can just put your dirty dishes outside your door because the delivery guy will come for them later. That’s pretty awesome.

Despite a reputation for being uber-macho, South Korean men are obsessed with cosmetics. It turns out that South Korean men are spending close to $900 million a year on makeup. There are even TV shows dedicated to the subject of the manly makeover. Up to 20 percent of the male population, known as the grooming tribe, use makeup regularly. The South Korean job market is extremely competitive, and wearing makeup is all part of the game. These guys want to make good impressions in their job interviews by hiding their blemishes and looking like celebrities.

Since 1998, millions of people from around the world have been flocking to the Boryeona Mud Festival. For 10 glorious days, revelers ignore everything their mothers ever told them about playing in the mud. Originally conceived as a way to advertise mud cosmetics, this popular Korean festival has grown enormously, attracting three million people in 2012 alone, including 22,000 foreigners. The gray clay is shipped from the Boryeong flats to Daecheon Beach where people take part in mud massages, mud photo contests, mud marathons, and best of all, mud wrestling contests.

Robots aren’t just the stuff of sci-fi movies anymore. In fact, they’ve invaded South Korean classrooms. In 2010, the South Korean government launched its “R-Learning” program to fill schools with automated assistants like Engkey. There are two different version of this robo-teacher. One comes equipped with a TV screen which displays the face of an English-speaking teacher. The other model uses voice recognition technology to help students with their speaking skills. In addition to Engkey, preschool teachers use Genibo, a robotic dog that teaches dance and gymnastics, as well as iRobi, which keeps track of which kids are in class and asks them how they’re feeling.

Valentine’s Day is popular across the world, but in South Korea, it has a little twist. Unlike most countries where guys have to worry about flowers, candies, and cards, Valentine’s in Korea is all about the men. This is a day where women show the love by giving chocolates and gifts to their husbands/boyfriends. Of course, everything changes on March 14. Known as White Day, this is the holiday where men buy gifts for the girls, but there’s a catch: A guy is supposed to spend three times the amount of the gift he received on Valentine’s. And, as you might have guessed, the gifts are often in the color white. In fact, the 14th day of every month is a romantically themed holiday, or at least a day for reminding singles how unlucky they are.

The Biggest Church In The World

While the Yoido Full Gospel Church might not have the largest building in the world, it definitely has the biggest congregation. As of February 2013, this Seoul-based church had close to one million members. On any given Sunday, 200,000 of the faithful will attend one of the seven services, and that’s not counting the additional 200,000–300,000 watching on TV in other buildings and satellite churches.

Baseball Was Established As A Political Move

The most interesting thing about Korean baseball is its dark past as the tool of an oppressive military dictatorship. After staging a coup in the late ’70s, General Chun Doo Hwan declared martial law in South Korea. Chun wasn’t the most popular guy in the world. When none of his strategies to crush revolts worked, Chun came up with a much more devious scheme.

The Korean Baseball Organization was established in 1981 as a way for people, especially young men, to let off steam. A former defense minister was appointed as the baseball commissioner, six teams were created by government-friendly businesses, and Chun started improving his image by throwing the first pitch at every game. People eventually got sick of him anyway, and he and his cronies were thrown into prison. Talk about striking out.

In South Korea, blood doesn’t just deliver oxygen, it determines your personality. The belief originated in Japan, has taken a firm hold in South Korean culture.

People with Type A are thought to be conservative and punctual, but they can be also obsessive, uptight, and a bit introverted. People with Type B are likely to have some traits like creativity and passion, they’re also willing to cheat on their partners, lazy, and impatient. As for Type AB, they’re supposed to be cool and under control, but they can be elitist, harsh, and judgmental. Type O means a person is ambitious and athletic. They want big things in life, and nothing is going to stand in their way. On the flip side, they’re pompous and egotistical, but re generally pretty loyal. 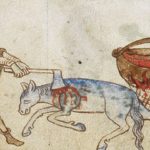 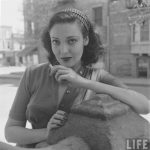