Without the release of this 2nd season, fans will never be able to learn as to who really is the character Ayankouji and what is happening with him or to see if other classmates of Hoirikita will also be able to reach the Class A in the story.

One way for everyone to learn all this is via continuation of the anime series but another source is to read the light novel of the anime. Still, most fans would be willing to wait for the release of the Classroom of The Elite Season 2 anime. The reason is simple; everyone loves to watch the anime instead of reading the source.

Figuring Out If There Will Be “Classroom of the Elite Season 2”?

Watching anime has been our long passion and with this passion we have also made observation as to what determines for an anime to get its sequel and why some anime don’t.

We will explain all the information in 3 detailed section to let the fans know answer to question is there really going to be Classroom of The Elite Season 2 in 2020.

Source I: Material Information for “Classroom of the Elite Season 2”:-

One thing is clear that anime are only adapted into their video form when there is already an existing material for them. Also that source material has to exist for the last few years and can be in form of things like light novels, games, and amine.

For the series Classroom of The Elite, its source material is mostly the light novel.

We will now be observing s to how many of the light novel volumes have been released for this series and if the story is still in continuation. If the story is reaching its conclusion, the chances for a series sequel are miniscule as in the case of the Raakudai Kishi No Cavalry Season 2.

We will also be seeing as to how many volumes have been made use of in the anime adaption of the Season 1. In some cases like the One Punch man, the source material is lacking but the anime story catches up. This is why One Punch Man Season 3 is still waiting announcement.

Good news for fans is that the story of the light novel is ongoing and the author of the story Shogo Kinugasa released the latest volume back on 25th June 2020 in Japan. As for the new volume of the light novel, it will be released in October. The rate of light novel release is 2 volumes per year along with one short story volume each year.

The Classroom of The Elite Season 1 that aired back in 2017 covered volume 1 to 3 for source material. This means that the story will be resuming form where the 4th volume starts.

8 volumes of the Classroom of The Elite are still to be adapted in anime form. This much source material is sufficient for the adaptation of the season 2 considering the fact that only 3 volumes were used for 1st season.

Source II: Information on Sales & Profit for “Classroom of the Elite Season 2:-

One of the main reasons why some anime series do not get their sequel is because of their low profits and sales. In fact a vast majority of anime series lose money after airing. A common example of it is the Tokyo Ravens Season 1 and why its season 2 got axed.

A highly popular anime series much like the Classroom of The Elite cost approximately 3 million dollars as total budget.

Now we will be seeing how this series has performed in terms of gaining profit for its production committee. If the profits are not positive, this is a major blow for the hopes of season 2. Examples of it are the Goblin Slayer and Wise Man’s Grandchild which will never have the season 2 due to low profit margins.

Unfortunately for Classroom of The Elite Season 1, it has only 1300 blu-ray sales which is quite average. For an anime looking for a sequel, these are not great numbers. The minimum we were expecting from the series was about 2 to 3 thousand copies.

Even if the online streaming covering up major profit from the blu-ray sales in recent years, this still isn’t a thin to stop a popular anime to have such reduced sale margin.

A good example of the blu-ray sales for an anime is the Youjo Senki which sold 7000 blu-ray copies. Such great numbers ensure that there will indeed be a Youjo Senki Season 2. So it quite a shame for a series like Classroom of The Elite to not even come close to these numbers and thus ruining the prospect for a sequel.

These numbers for light novel sales are really great which increase the prospect for a sequel. Also, such light novel sale can be a great competitor for other series like Konosuba. Talking about this, everyone is also still waiting on the release of the Konosuba Season 3.

The Classroom of The Elite currently has 4 figurines on sale with of them manufactured by the company Kadokawa. The franchise also has 100 other items for sale. Despite the Classroom of The Elite having a rich female cast, it is sad to have only 4 figurines. This might be because all of them are manufactured by Kadokawa. This is an indicator that no other manufacturing company has high hopes for the sale of this anime’s anime figurines.

Coupling that with the 100 other merchandises, it is also a pretty bad number. A one-cour anime series should t least have about 200 merchandises. Comparing the Classroom of The Elite with the medium-grade Isekai series like Kamnja no Mago, it even has more merchandise.

The above-stated things are few of the methods to check for a series getting anime adaption and profits. We won’t be posting all of the sources here to keep this section short.

Still, few of the other tings to contribute to the profits include opening/ending songs, OST, collaborations, International streaming license for Crunchyroll and Funimation.

The only great news we conclude from this section is that the light novel sales are far better than the anime sales. The negative aspect we could glean on is the merchandise and blu-ray sales being bad. We are not saying that the anime is losing money but the situation is not that optimistic.

Source III: Information on Popularity of “Classroom of the Elite Season 2”:-

Now we will observe how popular was the Classroom of The Elite back when the Season 1 aired in 2017. We will then compare this information with the popularity as well as demand for the last 3 years.

There are many cases where fans as well as the production team of a franchise seem to lose interest after a period of 3 years. So, we have fingers crossed that this might not be as such in case of Classroom of The Elite.

We will be observing the official website of this series along with Google Trends, print copies, new merchandise, and social media popularity. All of these will give a clear picture as to where the popularity of this series stand and if the company is still interested in continuation of this franchise.

The Classroom of The Elite official website had its last update back in 2019 about the Rebroadcast. As for its official twitter account, it currently has well over 119K followers and the last tweet was made in 2020. The tweet was related to Mf Bunko J Summer Festa.

As of October 2020, the Classroom of The Elite series has about 3.8 million print copies in circulation. The latest volume released only a few months earlier. The speed of light novel release is looking a bit fast and that is good omen for this franchise. These numbers are not accounting for the copies of the volume that is released in October 2020.

When it comes to release of new merchandise, there is nothing new planned. On the front of merchandise, situation is not too optimistic as after the series concluded in 2018, nothing new was announced. So far, all the merchandise is produced by the company named Kadokawa.

The Classroom of The Elite franchise looks promising in terms of popularity. Still, this is only when accounting the light novel. For reasons unknown, the anime adaptation of this series as well as merchandise sales is in low figures.

The Big Reveal for “Classroom of the Elite Season 2”:-

The Classroom of The Elite Season 1 did its best to boost prospect for continuation of the light novel. But when it comes to sale and profits of the franchise’s anime adaptation, there are failing to provide satisfactory levels.

This is why, in our humble opinion, the chances for the release of Classroom of The Elite Season 2 look bleak.

But we also think that there might be a, however, miniscule, chance for the production committee to green-light this project. The series seems to have the potential in it to compare with the very best in its genre.

We are also of the opinion that there might be the release of some OVA series. To say it all, we can only wait for about 1 to 2 years to see if there will be any more chances about the anime of this series. 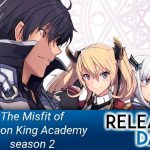 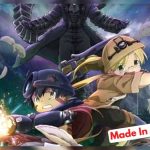