ByteDance the company behind the creation of the famed app TikTok is reportedly creating their own smartphone.

The news has been disclosed by two of the unnamed sources who also revealed that the smartphone from ByteDance will be preloaded with many of the ByteDance’s apps which mainly includes their new aggregator app named Jinri Toutiao and the video app TikTok.

According to further rumors, the smartphone will also feature their already rumored music streaming service app as well.

According to media sources, the CEO of ByteDance named Zhang Yiming has long dreamt about creating a smartphone that will be preloaded with his company’s many apps. Earlier this year, as a step to realizing this dream, the Beijing based company has confirmed their deal with a phone manufacturer named Smartisan. ByteDance, in that regard, announced that they have already acquired a patent portfolio for their smartphone and has also hired several of the Smartisan workers.

As for the other details about this new ByteDance smartphone such as its design and price; all of it is still under the shadow of secrecy. Still, the media has made speculations that under the recent hostility between the US government and many of the Chinese telecommunication services, the market of the smartphone in America might be hugely hampered.

As for India, ByteDance also has several troubles after TikTok got immensely famous there. The Indian government also placed a brief ban over the app due to it promoting cultural degradation.

As for the FT report surrounding this smartphone’s future prospects, it is also not that much great. Companies such as Facebook and Amazon have already launched their own smartphones with their preloaded apps but were then later discontinued due to being fairly unusable.

This happened to be a greater problem for Facebook as many of its apps could easily be download on any other smartphone.

On another hand, a Chinese app developer company named Meitu has made a successful deal with a smartphone manufacturer; Xiaomi. 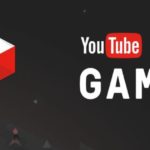 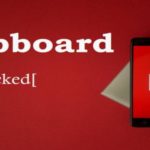