Zao is the name of the new free deepfake app for face swapping that lets a user to place their likeness into the scenes taken from hundred of TV shows and movies by uploading only a single photograph. The app was released in China on Friday and has gone instantly viral.

It has already reached on the top of the free charts for the Chinese iOS app store. However, just like FaceApp, the creators for this app are also now facing backlash for being a threat to privacy of users.

One Twitter user posted a demonstration video of the app in a 30-second clip in which he replaced the face of actor Leonardo DiCaprio with his in the famous moments for several of his movies.

According to the twitter user, Allan Xia, these clips were generated only under a time of 8 seconds and from only a single photograph. Tech media still revealed that the app asks the user to go through a process where it takes a series of different photographs. During this photo session, the app will ask the user to open and close their eyes and mouth for creating more realistic effects in the generated video.

Watch the impressive workings of the app down below in the video.

Xia said that the app only allows for a limited number of clips to have your face inserted into. This most likely is due to the developer of the app already having trained their algorithms on these clips to re-map the face of the user. The pp is not able to map the face of a user on a video clip they like.

This technology looks extremely similar in its working which the world has seen previously when it was presented by the researchers working at the Imperial College of London. Their technology allowed a single photo to turn into a living portrait. As for Zao, it allows for a user to insert their face into an already existing video instead of making a user’s photo animated itself. Still, it is extremely astonishing to learn that how fast this Deepfake technology is evolving. The technology that once required for hundreds of images to create a convincing deepfake only requires a single image and presents even better results.

The backlash that Zao creators are facing arises from their Privacy Policy terms which has a clause that the developer of the app gets “free, irrevocable, permanent, transferable, and relicense-able license to the all the content generated by any user of the app.”

The company replied back to the backlash from the users by saying that they are only keeping these photos for making improvements on the app and won’t use them otherwise without first getting user’s consent. Also, the company stated that they are going to delete the data from their servers after a user deletes their own data from the Zao app. 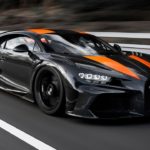