Kindness is either you save a person’s life or to make someone smile. Kindness is the thing that gets us out of the bed every day.

We think that each gesture of kindness deserves gratitude and should not remain unnoticed. Today we have collected a few stories that prove all the people in the world can do good.

A man rescued a scared kitten

A man found a sacred kitten under his car. He saved him and named him Axel and he is now the part of his family.

A woman living in Texas helps people out with these shelves. The idea behind them is that anyone can put anything on the shelf and anyone can take anything from there for free. People often leave diapers, school supplies, food, and other such things.

A marine dog retires and gets a proper farewell

A Back Labrador named “Cena” served in the US Marines as a bomb sniffer. The dog was recently diagnosed with terminal bone cancer and was released from service. To bid him farewell, thousands of citizens including the U.S. Marine Corps League, Michigan State Police, County Sheriff’s Office, City Police, and Fire Department came to bid Cena farewell.

Ariana Grande with her company’s help managed to raise 12 million dollars for the people affected in terrorist attacks during her concert. The money was then spent to pay for funerals of the dead and treatment of injured.

A dog refused to leave its owner while waiting for paramedics

An Argentinean man fell from a 6 feet tall tree and injured his back. When he came to consciousness, he found that his dog was lying on his chest and refused to leave until the paramedics came to help his master.

In Canada, teenagers returned a stolen bike after they found out it belonged to a boy

A kid named Mel Fisher in Australia posted about his stolen bike on Facebook. The teenagers who stole it after reading the post came back to return it. They even returned the bike with a new lock and an apology letter.

2 men from Argentina noticed a dog completely covered in tar and called the police. They rescued the dog after 5 hours of struggle and the dog is now safe and sound.

In the UK, motorcyclists organized a prom for a girl who’d been bullied at school

Bikers in the UK decided to help the 16-year-old Shannon by supporting her for the prom. They decided to help her after she was the victim of the school bullying due to her arthritis and colitis. 120 men and women along with her relatives and friends came to spend the evening with her.

A boat captain saved a kitten thrown from a bridge

35 years old Jordan Smith noticed someone throwing a cat off a bridge. He rescued the cat from drowning with his net and decided to adopt it.

A policeman saved a 3-year-old boy who stopped breathing

Police officer Chase Miller saved boy’s life that suddenly stopped breathing. He was on the scene when he saw the boy. He quickly grabbed the boy and performed CPR as the boy started breathing again.

A starving teenager got $270 thousand instead of donuts for lunch

a 15years old boy reached a man named Matt White to ask for money for buying a box of donuts for his mother instead Matt decided to help him and raised him a sum of 270,000 dollars for buying the boy not only a new house but also to pay for his education.

Cristiano Ronaldo who is already renowned for being generous, back in 2016 donated a sum of 275,000 Euros to a cancer foundation after winning a game. Until today, Cristiano has donated a sum of more than 10 million Euros.

Photos That Work Better Than Any Antidepressant

Breathtaking Skyscrapers That Amazed the World 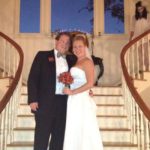 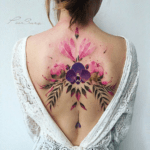