The smartphone manufacturing company Motorola has launched a new phone with an emphasis on the main points for top smartphones these days. Their new smartphone named as Motorola One Hyper comes with long battery life, enhanced camera performance and fixing many of the display and camera issues

Today we decided to let our readers be known about the new Motorola One Hyper and its 64-megapixel camera performance along with its many other cool features.

The Motorola One Hyper comes with a 6.5-inch LCD display screen that has a maximum resolution of 2340*1080 pixels aka the 1080p. This screen display is uninterrupted by the notches thanks to the 32 megapixels selfie camera that pop-ups from its top border.

The phone is powered by its 4000mAh battery with a battery charger lasting to almost 48 hours and is supported for 45W fast charging. The box for the Motorola One Hyper comes with its 45W charger but this is only provided in few regions.

According to Motorola, this charge provides the users with battery power for almost 12 hours only after the 10-minute charge time. The battery can be charged to about 75 percent with half an hour charging time. This might not be the fastest charging totem for smartphone battery, but it is still counted amongst the best.

All of the other features of the Motorola One Hyper keep it in the class of mid-price range smartphones with storage of 128GB and a Ram of 4GB. The phone is powered by the Qualcomm Snapdragon 675 processor.  Other notable features of this new Motorola phones involve the water repellent design and the fingerprint sensor on its back. The phone is shipped with the latest Android 10 Operating system.

At the moment the Motorola Hyper One smartphone is available in 3 color variants, which are as follows.

The smartphone is currently available for purchase in the US for a sum of 399.99 dollars as well as in select markets of Europe and Latin America. As for availability in the Middle Eastern markets, the phone will be available in a few coming months.

Instagram will start asking its new users for entering their birthdays 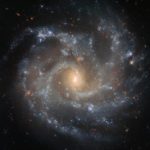 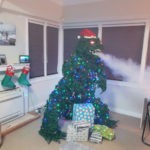