There is no denying the fact that the jolliest of the times in the entire year is the time of the winter holidays and especially Christmas. This is the season that the family and friend gather to create a unique Christmas Tree like a smoke breathing Godzilla Christmas Tree.

A man named Steven Newland took the ordinary and the conventional approach of the building the Christmas Tree and then took it up a notch as he created the Godzilla Christmas Tree.

Steven Newland is a 36-year-old man who works as a floatplane pilot in Rotorua, New Zealand. He is the man who has stayed from the centuries-long tradition of Christmas tree designing and decorating to create a monster.  The Result of his massive change was the Treezilla which is a Christmas Tree he created in his own style. The tree actually really looks like a Godzilla but minus the real size of it.

It is really impressive how you can make use of the ordinary wire, some weed mate, decorations worth 4 Christmas Tree and a cool fog machine.

Newland said about where he got the inspiration for making the Godzilla Christmas Tree, “the idea for this tree, I got it from m nephew who is 4 years old and is in love with the dinosaurs. Hearing him, I thought that I can make a dinosaur tree but then I thought, why stop with a dinosaur tree? This dinosaur tree could also breathe smoke and it would look really amazing for a Christmas Tree.”

This impressive Godzilla Christmas Tree was made only by using the handful of the items that are found in every household. These items included a 10-meter chicken wire, 1 weed mat, 1 set of plastic teeth, some paper claws, Christmas lights enough for 4 trees, and 4 of the different types of Fir trees.

For the added effect, the Godzilla Christmas Tree was also equipped to have a fog machine that could be controlled by a remote controller and consisted of fluid for fog machine.

This tree has a height that reaches almost 1.8 meters which is a little high as compared to the height of an average person. So, this tree might not be a gigantic one like the real Godzilla but for some kids, it is still pretty huge.

After the tree was done and some time had passed with the Newland family, they decided to auction this Treezilla and the proceedings partially from the sale were made to a charity.

Like any other Christmas Tree, the Godzilla Christmas Tree is also placed on its stand which is to hold it in an upright direction as it has a non-traditional shape. Still, if the treezilla is covered with the gifts and other holiday decorations, it is not easy to differentiate it as a Godzilla.

Christmas gifts war placed in a manner on and under this tree to hide some of its aspects such as the tree stand.

The Tree was held in storage for a whole year before Newland decided to auction it at an online auction house.  The Godzilla Christmas Tree was sold on the auction site TradeMe for about 415 New Zealand dollars which amount to about 270 American dollars. He set the 250 dollars aside and everything above from that was donated to a charity for children named Canteen. This charity helps support young children suffering from cancer.

When Newland was asked about his any other future projects, he said, “this year’s Christmas tree idea is still under the wraps and Pun is Intended. I can only tell you this much that it involves in its making a 5-meter chain, 1 beer create and 1 large ceiling fan. Also, be sure to remember that all the trees that I have built in the past; I do not have children of my own around the house. But now I do have children and I can go over the top.  I have a prop now”

This is the video of the Godzilla Christmas Tree aka Treezilla in its action as it spews smoke and looks really menacing.

Treezilla was not the first project by Newland as he has come up with many other great Christmas Tree ideas over the years like building a Pac man Arcade Christmas Tree, along with one year having a surreal looking half and half Portal Christmas Tree.

Newland says, “The most favorite of all my projects was the Pac Man Tree. The main reason was the logistics that were involved in building it like working through the entire maze from all of the Christmas lights. I do not remember exactly how many lights were there but they were at least hundreds of them”.

This is the Portal Themed Christmas tree created by Newland for one year. 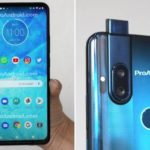 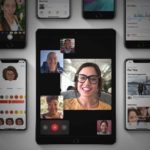