It is a sad fact that most people live their lives unremarked by history. There are, of course, a few people whose names will live long after them. And then there are those anonymous pioneers whose achievements, good and bad, changed the course of history but whose names are, for the most part, unknown to us. Whether by design, by accident, or by malicious afterthought, there are some people whose contribution to the history of the world has gone largely unrecognized.

Nils Bohlin was working for Volvo in 1958 when he came up with a revolutionary design that has saved millions of lives—the seat belt. The three-point safety belt was a major technological advancement with a simple design. Bohlin received a patent for the design the next year. The three-point seat belt has become a standard feature in new cars around the world. There is no way of knowing exactly how many lives the seat belt has saved, but the number is estimated to be in the millions.

In 1927, Philo Farnsworth managed to transmit an image of a straight line through the air. By 1929, he had improved his design and managed to transmit a picture of his wife—much more exciting, even if the picture was a little blurry. Though he called it an “image dissector,” Philo had, in fact, just invented television.

Henry Dunant won the very first Nobel Peace Prize in 1901.Henry Dunant had helped to bring about the first Geneva Convention, which has saved the lives of thousands of soldiers around the world. He also founded the Red Cross.

On June 5, as a line of tanks was rolling into Tianenmen Square, one lone protestor, carrying nothing but a shopping bag, walked in front of the lead tank to block its path. The tank tried to move around him. Tank man blocked its path again. And again. And again.

Eventually, the tanks switched off their engines, and the protestor climbed onto a tank to talk to the soldiers. The man has never been identified, and no one knows whether the hands that pulled him away were Chinese police or friends concerned for his safety.

The image of Tank Man facing down a line of tanks has become one of the most iconic symbols of resistance in the world, and hopefully one day, he will be able to see it, too.

Maurice found other ways to change the world; he created a number of vaccines. He developed the mumps vaccine after his daughter contracted the illness in 1963. And he didn’t stop there. In total, Maurice Hilleman has single-handedly developed more than 40 different vaccines, including eight commonly given to children in order to prevent measles, mumps, hepatitis A and B, chickenpox, meningitis, pneumonia, and Haemophilus influenzae. The MMR vaccine alone has been given to over a billion children around the world.

Lewis Latimer, the son of runaway slaves, was the draftsman who helped Alexander Graham Bell file his patent for the telephone. Latimer also patented a carbon filament for the incandescent light bulb in 1881. Though Thomas Edison is generally credited as the inventor of the light bulb, he had, until that time, only been able to make the bulbs light up for a few minutes at a time. Latimer was a pioneer of the electric lighting industry and one of the charter members of the Edison Pioneers, who worked closely with Edison in the further development of electric light. Of the original 100 Pioneers, Lewis Latimer was the only black man. He went on to invent a number of other useful gadgets, including a flushing train toilet and a device which cooled and disinfected patients’ rooms in hospitals, thus reducing the rate of Hospital acquired infections.

Known as the ‘Man with the Golden Arm’, James’s blood produces a rare antibody which cures the otherwise fatal Rhesus disease in unborn children. James has donated his blood 1,173 times, a Guinness world record. It is estimated that James’s donations have saved the lives of almost 2.4 million babies. James was forced to retire as a blood donor when he reached the age of 77, the maximum donor age in Australia, where he lives. His blood has also been used in the development of a medicine, known as anti-D, which, it is hoped, will banish the Rhesus disease in children forever.

Henrietta Lacks would be amazed to find herself on a list of people who changed the world. Henrietta was a poor tobacco farmer from Virginia. Henrietta Lacks is the source of the HeLa cell line—her blood contained uniquely immortal cells that can live outside her body indefinitely. After the birth of her fifth child in 1951, Henrietta was admitted to Johns Hopkins University Hospital complaining of “a knot in her womb,” and doctors took a sample of tissue. It was soon noticed that, unlike normal cells, Henrietta’s cells did not die after a few days but rather continued to grow, doubling every 20 to 24 hours. Henrietta’s cells can be found in the trillions in laboratories around the world. They have been used by medical researchers studying not only cancer but also hemophilia, influenza, leukemia, and Parkinson’s disease. They were also used in developing the polio vaccine, the cancer drug tamoxifen, chemotherapy, gene mapping, and a whole host of other uses. She was buried in an unmarked grave, never knowing that she would go on to save millions of lives and that her remarkable cells would live forever. Henrietta’s grave finally received a headstone in 2010.

Alfred Wallace was a British anthropologist and explorer. He wrote a series of articles on natural selection and the theory of evolution before Charles Darwin got onto it. So, why isn’t natural selection called “Wallaceism?” It seems Wallace didn’t fit the expected profile of a serious scientist. Not only was he interested in natural science, but he also took a keen interest in socialism, spiritualism, and the certainty of life on Mars. 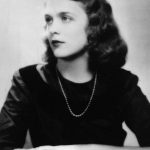 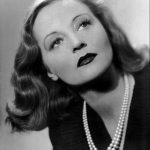