You must have heard the idiom that “a picture is worth a thousand words.” While that is true, sometimes a picture hides a much more meaningful story than it actually shows. This means that it can cause greater sadness and deeper emotions when the story behind it is revealed. There have been many cases in history where people searched for the story behind a photo and were amazed at what they discovered.

We have collected a few photographs that might bring tears to your eyes.

Clara Gantt had been waiting for 60 years for her husband to come back home from the Korean War. Joseph E. Gantt was a sergeant and went missing while in action and his remains were found and returned to his wife in December of 2013. Clara was still mourning the loss of her husband, 63 years after he left for the war.

This one was taking a walk when she saw an open window and looked inside. She was very friendly and after Paul Nicklen took her photo, she continued on her way.

This is the last male white rhino to ever live

On March 19, 2018, Sudan, the last male Northern white rhino died in the hands of wildlife ranger Joseph Wachira. He lived a long and healthy life in the conservancy after he was brought from a safari in Kenya. He died of age-related complications and his last minutes were very peaceful.

Recovering from a face transplant

Katie Stubblefield was once in a very dark place and she shot herself in the face in an attempt to end her life. After 3 years of waiting for a face transplant, the grandmother of Andrea Schneider decided to donate her grandson’s face. After 31 hours in surgery, Katie was given a new face, but her recovery still had a long way to go.

Naomi works at the Reteti Elephant Sanctuary, the only elephant sanctuary in Africa that is run by the community. Nadasoit shows her love for her protector.

Thania Sayne mourning the loss of her husband

Thania Sayne was pregnant with her second child when her husband died in the Afghanistan War. In this picture, she’s crying on his grave the day before their third wedding anniversary.

The scratches in an Auschwitz gas chamber

Men, women, and children would be undressed by SS officers and put in gas chambers. After a certain number was locked in, the officials would release the Zyklon B gas, which would slowly start to poison the people. This image shows the nail scratches that people left on the walls in an effortless attempt to escape.

Moments before the Tsunami in Thailand hits these people

In 2004, a massive earthquake hit the Indian Ocean, which resulted in gigantic waves that struck the west coast of Northern Sumatra more than any other place in Thailand. In this picture, the waves caused by the tsunami are approaching people in Sumatra who simply don’t know what to do and how to act.

Most pointed illustrations proving that world is a crazy place

Astonishing Archaeological Findings That Were Found by a Pure Accident 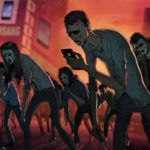 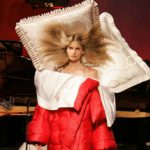