Blackberry and Twitter are going to meet in a court of law pretty soon.

Earlier this week on Wednesday, the former mobile company giant; Blackberry filed for a lawsuit against the social media giant Twitter for patent infringement. According to this lawsuit, Twitter is currently using the messaging technology that Blackberry Company created in the past and they are using it illegally.

Quoting the lawsuit, Blackberry says, “Twitter is a relative latecomer to the mobile messaging world.” The Blackberry company further states in the lawsuits as follows,

“Twitter created mobile messaging applications that co-opt BlackBerry’s innovations, using a number of the innovative user interface and functionality enhancing features that made BlackBerry’s products such a critical and commercial success in the first place.”

All in all, Blackberry accuses Twitter of using at least six of their messaging patents that cover everything from ‘Push notifications’ to ‘Mobile advertising’.

Blackberry also stated that they reached out to Twitter in an effort to resolve his matter over the intellectual property dispute. However, the discussion didn’t lead to an agreement. Blackberry has also asserted the point that the use of their “mobile messaging innovations is actually harming the prospect of Blackberry and is providing an undeserved windfall for the Twitter company.”

Other lawsuits from blackberry:-

Does all of this sound any familiar? If it does, it is because Blackberry has also filed such lawsuits against other social media sites like “Facebook” and Snapchat” last year. As for the proceeding of these lawsuits, they are both currently in pending litigation.

Blackberry Focusing on Services instead of Hardware:-

One of the main parts of this business is the ‘Patents’; a huge revenue generating area.

John Chen; Blackberry CEO released a statement at the 2015’s Waterloo Innovation Summit, “We have today about 44,000 patents. The good thing about this is that we also have one of the youngest patent portfolios in the entire industry, so monetization of our patents is an important aspect of our turnaround.”

When media asked a Blackberry spokesperson about comments on these lawsuits, they said to them, “We don’t comment on pending litigation.” Another spokesperson simply denied giving out any comment on this matter.

Apple teaming up with Goldman Sachs; Plans to launch a credit card later this year 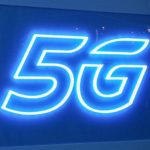 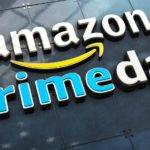