Well, the fight is on now.

Spotify filed a complaint against Apple for their unfair App Store Rules with the European Commission. According to this complaint, Apple’s app store rules only give them an unfair advantage in the market and make it hard for Spotify to compete with Apple Music on equal terms.

As for Apple, they have also responded back harshly at Spotify’s complaint saying, Spotify wants to have all the benefits of a free app without it being free”.

The Apple Company released a lengthy post on its official company website, in the post; the company stated that Spotify has been using the Apple App Store for many years in order to dramatically grow their business. After achieving that goal, Spotify now also wants to keep the benefits of the ecosystem from which it has built the whole empire, without even making any sorts of contribution to the market place.”

In addition to this, Apple also talked about Spotify’s claim of them being locked out of Apple Watch, Siri as well as the Home Pod. Apple claims all of this to be untrue. According to Apple, they have tried multiple times to reach out to Spotify for their support regarding the not only Siri but also AirPlay 2 support. As for Spotify’s response, they always said that they are ‘Working on it’.

As for the Apple Watch claim, Apple said that they have reviewed and approved of Apple Watch app for Spotify which had been submitted back in September of 2018. Apple Company also stressed in mentioning here that currently, Spotify’s Watch app happens to be the number one app when it comes to the category of Watch Music.

As for the 30% tax by Apple that it gains on its aid apps, which also happens to be the focus of Spotify’s complaint; Apple said that Spotify has actually left out a few key points of this complaint portion. Firstly the 30 percent revenue that Apple gains is a result of the first year annual subscription which drops to 15 percent after 1 year. Apple claims that as the Spotify users come to Apple Music through carrier partnerships, Apple only takes a tiny fraction of the 30 percent subscription paid by Spotify.

Apple did not miss their chance to take a strong jab at Spotify when they said that when Spotify has to pay its artists, they become stingy and sometimes they even take them to court for the royalty differences.

For Those who think no one can compete Facebook, take a look at Telegram 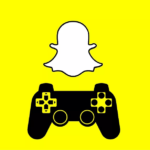 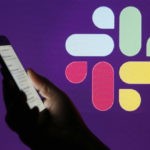