Usain Bolt, the man hailed as the fastest man in the world is now standing on the steps of New York City Hall in order to promote the national launch for the e-scooter sharing company named “Bolt Mobility”.

Both of the company and Usain Bolt share the name Bolt so it was appropriate that the company would hire Bolt for being their official brand ambassador. In the new proportional video, standing alongside Bolt was the Bolt <Mobility’s new e-scooter model called “Chariot”. Chariot is a new scooter model which is so large in size that it can store even the rider’s bag and also comes with two cup holders.

The purpose behind this press conference and promotional ad from Bolt Mobility is to unveil their new line of e-scooters and the role of Usain in this promotion is the main focus point is only for legal status. The message that Bolt mobility wanted to send with this ad was to only promote their new e-scooters and not be against the law of the city.

The company has released an online brand commercial with this celebrity brand ambassador which features Usain Bolt while he is practicing as to how to ride the e-scooter safely in the big city where it is going to be legal. While the ad clearly shows the location of the ad to be New York City as it is written on a big billboard at the start of the ad.

Dr. Sarah Haynes, the CEO, and Co-founder of the Bolt Mobility told media, “in New York City there is a massive traffic crisis. We are proud of our work that we will be able to solve this major crisis in an environmentally friendly way.”

As or the brand ambassador of the company, Usain Bolt, he said, “I have run across all the cities of the world. One thing that I can clearly tell you guys is that the traffic problem is getting out of hands day by day on every major city on earth. As for air quality, it is also getting worse. In my opinion, it is now time to do something major about all this.” 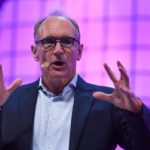 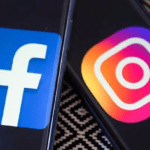