While walking down in the aisle of a supermarket, have you ever stopped for a second and thought, is there a history behind any of these products? Apparently, some of them actually do, and they were indeed intended for different purposes. For example, when Coca Cola first came out in markets it was filled with cocaine to fight against the headaches.

Today we have decided to let our readers know what their favorite foods were back in the day.

Two brothers, Dr. John Harvey Kellogg and his brother Will Keith Kellogg created Corn Flakes by chance. They left some wheat in a pressure cooker and went away on business. After their return, they found the dried lumps which were still eatable. Brothers did the same with corn and created their own brand of Kellogg Corn Flakes. It was intended to reduce dyspepsia and “morally destructive” behaviors.

The cola that we have today has undergone many changes in both recipes and names.  First, it was rink called “Pemberton’s French Wine Coca” which was a strong wine that was made with caffeine, rich kola nuts, and cocaine. The drink after some time became illegal due to alcohol prohibition laws.

After this Pemberton changed the drink by adding in sugar syrup to develop what we call today as Coca Cola. The drink gained popularity back in 1888 after Pemberton’s death.

back in 1972, 7-Up was used as a mood-stabilizing drink under the name “Bib-Label Lithiated Lemon-Lime Soda” and it contained in it lithium citrate the compound which is used to treat psychiatric conditions.

A Brooklyn-born pharmacist named Charles Alderton in Morrison’s Old Corner Drug Store in Waco, Texas is the creator of Dr. Pepper drink. The drink was first presented by Charles to the store owner Mr. Wade orison who called it tasty. The drink was at first available under the name Waco as a mood tonic. The name was later changed to Dr. Pepper.

Until the 19th century, Doctors believed many of the health conditions are caused by digestive issues. They recommended to the public to eat biscuits and fruits on daily basis.  A man named Charles Roser invented the machine in 1891. His machine would insert fig paste inside thick pastry dough. The first Fig Newtons were invented back in 1891 at the F. A. Kennedy Steam Bakery.

These biscuits were invented by 2 Scottish doctors back in 1839. The biscuits contained in them, Sodium Bicarbonate and the brother claimed that eating them after a large meal is very beneficial for the digestive system.

McVitie’s were the one behind the mass production of these biscuits and nowadays the company even puts the following disclaimer on every packet.

“The ingredients in this biscuit do not contain any substances that assist digestion.”

Beautiful Tattoos That Will Take Your Breath Away

Kind-Hearted People Who Brightened This World

Amazing Times When A Wedding Photographer Captured Something Unexpected 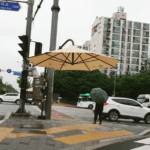