In the majority of cases, being in a coma means that your life is put on hold for at least a couple of days. In extreme cases, it can be years or even decades. Even when you’re in a vegetative state, Things can still happen. And sometimes, they involve you, even if you’re none the wiser.

Two people have broken a world record while in a persistent vegetative state. The first was Chicago-born Elaine Esposito, who fell into a coma at age six in August 1941 after undergoing a routine operation to remove her appendix. The girl lived a further 37 years, three months, and 20 days. She died as a Guinness World Record holder in November 1978.

Esposito’s record stood for three decades and was broken by Edwarda O’Bara, who had fallen into a diabetic coma as a high school student in January 1970. A native of Johnstown, Pennsylvania, O’Bara survived both of her parents before dying in November 2012. She had been asleep for 42 years—said to be longer than anyone else in history.

16-year-old Georgia native Reuben Nsemoh says when he came to-days after suffering a nasty soccer injury in 2016. Apparently, he began communicating in perfect Spanish over the next few hours, with his new skills slowly waning thereafter.

Emily V. Gordon had been dating future husband, Kumail Nanjiani, for eight months when she fell ill in 2007. Placed into a medically induced coma, she was eventually diagnosed with adult-onset Still’s disease and then brought to within 12 days. This brush with tragedy resulted in them to fall deeply in love. They got married just a few months after Gordon’s recovery. Based on their experience, the pair provided the script in 2017 for the Michael Showalter–directed romantic comedy The Big Sick, in which Nanjiani stars as himself.

Was Granted a Jewish Divorce

In 2014, an unidentified Israeli woman filed for divorce from her husband, who had fallen into a coma in 2007 after a motorcycle accident. Judaism mandates that the husband must formally agree to any legal separation. However, she was eventually granted her wish by a rabbinical court in Safed.

The woman was left free to remarry. Meanwhile, her husband, still in a coma, had become the first Jewish man to divorce his spouse in a state of unconsciousness.

In April 1989, it was English soccer’s turn to mourn when 96 Liverpool fans were killed as a result of negligent policing at an FA Cup semi-final against Nottingham Forest at Sheffield’s Hillsborough Stadium. The final victim, 18-year-old Tony Bland, lived almost four years in a persistent vegetative state. Bland’s parents launched a legal action for the right of the hospital to withdraw life support. When courts rejected the family’s pleas, the case was referred to England’s appeals court and eventually the House of Lords before doctors were finally given permission to lawfully remove Bland’s life-sustaining feeding tube. It was the first time that an English court had ever ruled that “to discontinue treatment would be in accordance with good medical practice.”

Became Convinced He Was Matthew McConaughey

British man Rory Curtis in 2014 was convinced that he was, in fact, Matthew McConaughey. The context here is that Curtis had just come out of a coma following a car crash in which he had suffered a major brain injury. Curtis also momentarily developed the ability to speak fluent French despite only briefly studying the language in his early teens.

In Nepal in early June 2001, for reasons that still aren’t fully clear, Crown Prince Dipendra Bir Bikram Shah opened fire at the Nepalese royals at Narayanhity Royal Palace. He shot dead 11 people in total, including his parents who had been the king and queen of Nepal. He then turned the gun on himself. But he botched the final part of his plan. Instead of dying, he ended up in a coma at a local hospital where he remained for a few more days before dying. The craziest part is that Dipendra had technically inherited his father’s position as the king of Nepal. For roughly 54 hours (three days), the country was ruled by a mass murderer in a vegetative state. 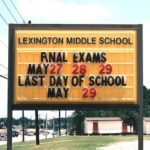 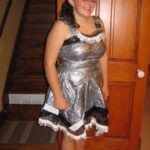